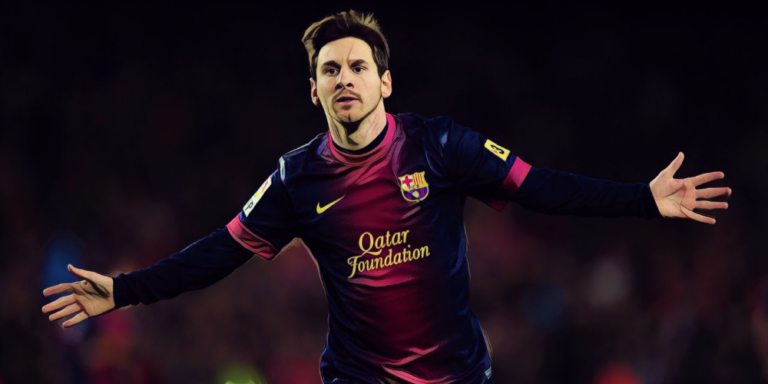 As we reach the end of 2021 we’ve decided to look back on some of the best footballing statistics of the past 12 months, including the leading scorer in Europe across the continent’s major leagues.

Robert Lewandowski leads the way after a stunning year with Bayern Munich and Poland, scoring a huge 69 goals for club and country across the calendar year.

Following the 33-year-old’s achievement in outscoring his rivals, we’ve looked back at the most prolific player in each calendar year across the past decade.

Cristiano Ronaldo has regularly dominated goalscoring charts in recent years and led the way during 2011, having averaged a goal-per-game for Real Madrid and Portugal.

Ronaldo ended the 2010/11 season with the Pichichi Trophy and European Golden Shoe after finishing as La Liga’s leading scorer, whilst he began the following campaign in similar fashion during a season in which Real Madrid won the title under Jose Mourinho with a record 121 goals scored.

Ronaldo also scored seven goals for Portugal during the calendar year, including braces in European Championship qualifiers against Cyprus and Bosnia.

The year in which Lionel Messi shattered all records and one unlikely to ever be surpassed, the Argentine genius scored a barely believable 91 goals in just 69 games for club and country.

Messi’s incredible 2012 broke the 85-goal record set by Gerd Muller four decades earlier, bagging 1.319 goals per game at an average of a goal every 66 minutes.

Such was his prolificacy, he outscored 13 La Liga teams alone during the 2011/12 season, setting a new European top-five league record of 50 league goals scored in a single season.

Lionel #Messi scored his 91st goal of the year.

Broke Gerd Muller’s record for most goals in a year.

1st player to score 5 goals in a UCL game.

Messi’s haul included 22 braces and nine hat-tricks, including twice scoring four times in a fixture and becoming the first player in history to score five times in a Champions League game against Bayer Leverkusen.

It really is a total we’re unlikely to see repeated.

Ronaldo reclaimed his title as Europe’s leading scorer the following season, scoring a career-best of 69 goals during 2013.

The Portuguese forward claimed the first Ballon d’Or of his time with Real Madrid following a stunning season for Los Blancos, scoring 55 goals from 55 games during the 2012/13 season.

He began the following season in similar form and scored nine goals in five Champions League group stage games, part of a record-breaking haul of 17 in a single season as Real Madrid were crowned champions of Europe.

Ronaldo also scored 10 goals for Portugal in 2013, reaching double figures in a calendar year for the first time.

His goalscoring consistency across the calendar year contributed to consecutive Pichichi trophies in 2013/14 and 2014/15, the latter proving his most prolific season for Real Madrid with 48 league goals scored.

OTD in 2014, two Real Madrid stars linked up to scored a wonderfully crafted goal at Anfield…pic.twitter.com/fMxlRTslD1

That campaign began with Ronaldo scoring in 11 consecutive league appearances to start the season, including two hat-tricks and a four-goal haul against Elche. He scored 25 goals in just 14 appearances before the turn of the new year, adding a second successive Ballon d’Or.

Ronaldo ended as Europe’s leading scorer for the third consecutive calendar year in 2015, again averaging a goal-per-game for club and country.

The year failed to deliver major silverware for Real Madrid, but their talisman did claim a third Pichichi Trophy following another incredible individual campaign.

Ronaldo claimed the award after a sensational end to the season that saw the forward score three hat-tricks in just four league appearances, finishing ahead of Lionel Messi and Sergio Aguero to also claim the European Golden Shoe for a fourth time.

Messi outscored a number of esteemed rivals to lead the rankings after helping Barcelona to a domestic double, finishing ahead of Zlatan Ibrahimovic, Luis Suarez, Ronaldo and Robert Lewandowski for club goals scored in 2016.

He also scored eight goals for the national side, including five times during the Copa América Centenario as Argentina reached the final before defeat to Chile on penalties, with Messi missing his side’s first in the shootout.

Harry Kane’s 56 goals for club and country saw him become the first player to outscore both Ronaldo and Messi during the decade, leading the rankings amongst Europe’s major leagues in 2017.

Kane enjoyed a superb second half to the 2016/17 season to claim a second successive Premier League Golden Boot, including scoring seven goals across Tottenham’s final two fixtures to claim the award.

ON THIS DAY: In 2017, Harry Kane broke Alan Shearer’s record for the most Premier League goals scored in a calendar year.

He also scored more goals across all competitions (56) than both Lionel Messi (54) and Cristiano Ronaldo (53).

He also scored a career-best of 30 league goals the following season with 18 coming before January, whilst seven goals for England saw Kane establish himself as the Three Lions’ key figure under Gareth Southgate.

Messi returned to the top of the rankings in 2018, once again finishing ahead of Ronaldo and Robert Lewandowski.

Messi scored 51 goals from 54 games, the eighth time in nine years that the Argentina had reached a half-century of goals in a calendar year.

He reached the landmark with a hat-trick against Levante in December and outscored old rival Ronaldo for the third consecutive year, having been pipped by only Kane as Europe’s leading scorer in 2017.

Robert Lewandowski finished as Europe’s leading scorer for the first time in 2019, the forward having been the Bundesliga’s greatest goalscorer in recent seasons.

Lewandowski had ended the previous year in third but a haul of 54 goals saw him outscore both Messi (50) and Kylian Mbappe (44), whilst Raheem Sterling was fourth (43) and the Premier League’s highest-scoring star.

Lewandowski’s goals helped Bayern Munich to another Bundesliga title and a blistering start to the 2019/20 season started the Bavarian’s run to treble success.

The Poland international scored 10 goals in just five Champions League group stage appearances, whilst he also found the net in each of his first 11 Bundesliga appearances of the campaign, amassing a haul of 16 goals across those fixtures.

Lewandowski retained his title in 2020, a season of stunning success as he fired Bayern Munich to the Bundesliga, DFB-Pokal and Champions League.

The forward scored in every appearance for Bayern during their run to the Champions League final, before Kingsley Coman’s winner crowned the German giants champions of Europe for a sixth time.

He added a fifth Bundesliga leading scorer accolade to his growing collection and started the 2020/21 season in similar fashion, including 10 goals in his first five league games of what proved to be a record-breaking campaign.

For the third consecutive year Lewandowski has finished as Europe’s leading goalscorer, his haul of 69 goals in 2021 second to only Lionel Messi’s world-record of 91 from 2012.

Robert Lewandowski for club & country in 2021

He failed to score in just four league appearances throughout the entire campaign, whilst he claimed five Bundesliga hat-tricks during an unforgettable season.

Lewandowski also fired Poland’s chances in World Cup qualification, netting 11 goals from just 12 games at international level with the national side set to face Russia in the play-offs for Qatar 2022.

The post Remembering every player to net the most goals in a calendar year since 2011 first appeared on The Football Faithful.