Saints were left facing an uphill task just 10 minutes in after defender Vestergaard was dismissed for a lunging challenge on Foxes striker Jamie Vardy on the edge of the hosts’ 18-yard box.

The Denmark international, who won the ball before catching Vardy with his studs as he followed through, was dismissed by referee Robert Jones following advice of VAR Jonathan Moss for denying his opponent a goal-scoring opportunity.

Battling Saints overcame the setback to lead through James Ward-Prowse’s 60th-minute penalty and held on for a draw which moves them 10 points clear of the relegation zone following Jonny Evans’ equaliser.

Hasenhuttl hailed the heroics of his players but was less enamoured with the officiating.

“The official explanation was denial of a clear goal-scoring opportunity. The goalkeeper was near the ball, he could pick it up. I think he [Vardy] would never get this ball. This explanation is simply wrong. 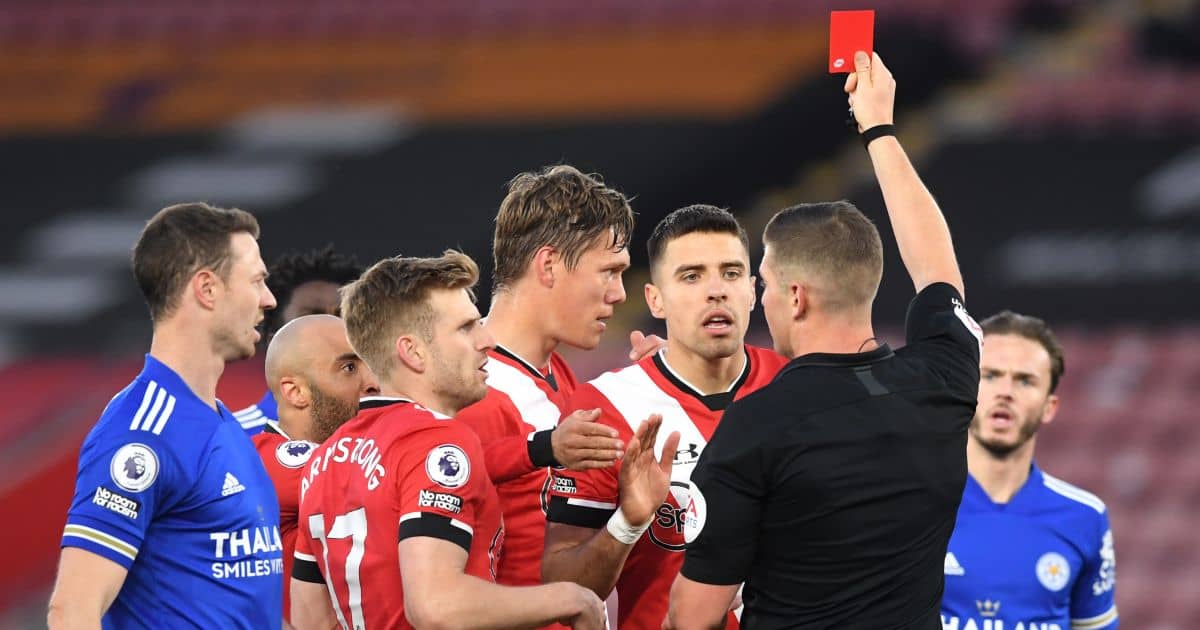 “I thought it was [going to be] a penalty and then it would be even more difficult but when you see the red card then you see that it was absolutely the wrong decision and we deserved to get something today.

“Jon Moss has seen it, the VAR, and he says it’s a red card, although Vardy never had the ball. The denial of a clear goal-scoring opportunity is an argument that I cannot agree [with].”

Asked if he would appeal to prevent Vestergaard being suspended, Hassenhuttl replied: “Yes.”

Brendan Rodgers bemoaned Leicester’s inability to beat 10 men but feels the draw could “prove very important” in their quest for Champions League football.

The frustrating result edged the third-placed Foxes eight points clear of fifth-placed West Ham in the race for European qualification.

City manager Rodgers – whose side defeated Southampton in the FA Cup semi-finals less than a fortnight ago – felt a hectic fixture list may have caught up with his players but preferred to praise the opposition rather than search for excuses.

“We’re obviously disappointed with the result considering the circumstances of the game,” he said.

“We are normally very good in those situations, 11 v 10 (but) I didn’t think we were fast enough in the game and we didn’t play with the intensity we wanted to.

“The guys have given everything. It was the fourth game in 13 days, so maybe that had something to do with it but no excuse, we have to give credit to Southampton, they made it incredibly difficult.

“They went in front so they had a cause to fight for. We had to fight back and the point could prove very important for us.”