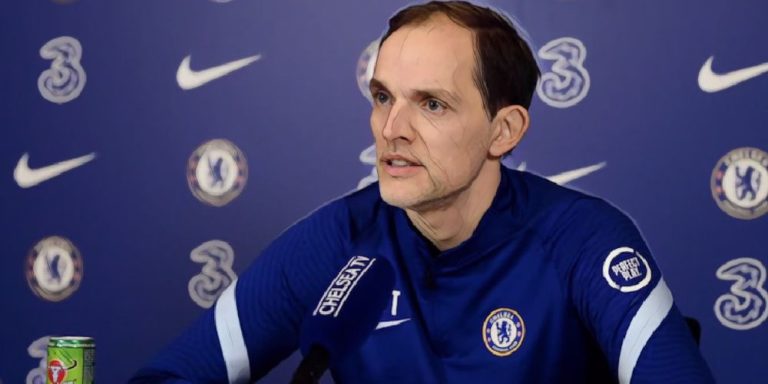 Thomas Tuchel has discussed his role in Chelsea’s recruitment planning, ahead of what is likely to be another busy summer of in-comings at Stamford Bridge.

The previous summer window saw Chelsea spend well over £200 million to bring in six major signings under then-boss Frank Lampard, before a difficult first-half of the campaign and some stuttering displays from the new additions brought about a change at the top, with former Paris Saint-Germain boss Tuchel taking the helm in January.

Since then, there’s been a marked improvement from the Blues, the club currently set for an FA Cup final showdown with Leicester City, as well as looking well-placed to progress to the Champions League showpiece in Istanbul after a first-leg away draw with 13-time winners Real Madrid in midweek.

Add to that the increased possibility of securing a top-four spot and it could turn out to be a memorable end to the season for Tuchel’s men, the German’s approach having managed to get the best out of the wealth of talent in the Blues squad.

Despite that mouthwatering depth, particularly in attack, it would appear that the club’s transfer shake-up is far from over, the London club having been heavily linked with a new striking addition – potentially Borussia Dortmund’s Erling Haaland – as well as a new top-class centre-back.

Previous managers at the club have vented their frustrations at a lack of involvement in the club’s transfer dealings, although Tuchel admitted he feels ‘involved’ in the recruitment process.

“I have opinions about what we can add to the group to get better,” Tuchel said at his pre-match press conference. “This is my job. I will give my opinion when I am asked my opinion. We will do this and sometimes your opinions change and this is also a process.

“I have my ideas, of course. I have my ideas for certain profiles. It is not about me wishing for player A and player B and if they don’t come, I will get angry. It was never like this in my whole career and it will never be like this.

“I understand that there are issues to solve with the agents, the players and the interests of the club. It is not only about me and my wishes. This is the baseline for all talks that we have here. Of course, we talk about it.

“I talk with the club, I give my opinion and talk about it with the scouting department. I am involved and I should be involved. I have the feeling that I am involved. The players that we have all have fantastic personalities and right now is even a moment where we get to know each other better and better.

“We have big games and crucial times ahead of us, so we will have a very clear picture of our group. The stronger they perform then the harder it is to improve this squad from the outside. But there’s always room and ideas that we will find out.

“I have a strong feeling that we are not in a rush and we are not in a big need. We are very relaxed. Everyone is fully focused and it is not the time to get distracted with any of that.”

The post Tuchel discusses his role in Chelsea’s recruitment planning first appeared on The Football Faithful.