Liverpool winger Mohamed Salah says captain Jordan Hederson deserves the acclaim for being the best player in the Premier League this season.

Henderson has inspired the Reds from midfield this term on their way to ending their agonising wait for a league title.

The England international has missed only four top-flight games, with his role crucial in Jurgen Klopp‘s side.

Henderson has backed up his performances with key strikes against Tottenham, Southampton and Wolves along the way. But Salah believes his all-round contributions deserve recognition.

What’s more, the Egyptian says Henderson’s rise to glory after almost leaving for Fulham in 2012 should also be recognised.

“Maybe I’ll choose Henderson because he’s the captain and he’s been here for about eight-nine years,” Salah told beIN Sport (via The Guardian) when asked for his pick of player of the season.

“He had a difficult time in the beginning and he was heavily criticised.

“He, as a captain, is loved by all of us and he tries to help all players and helps youth players to adapt.” 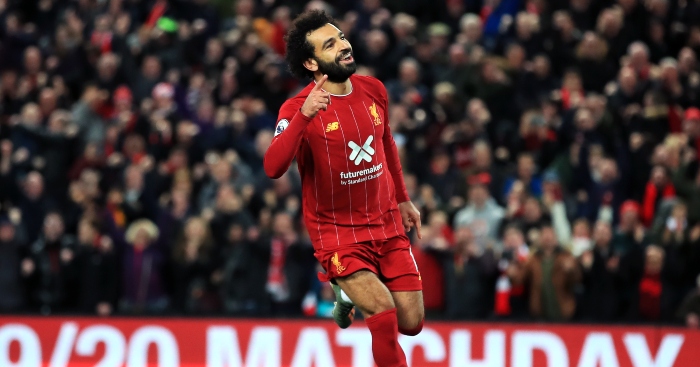 Salah also declared that he wants to stay with Liverpool for a “long time”.

“I’m very happy, I can’t describe my feelings after we won the league after 30 years,” Salah added.

“I can see people’s joy and this is so important for all of us. I enjoy the atmosphere here, I love this place and I hope to stay for a long time. The atmosphere here is different to any other place.

“We have adapted well as a team and our understanding is perfect. If this continues, we can achieve more. It’s difficult to maintain our current level, but it’s not impossible.”

Salah has proved a fantastic signing since his arrival to Liverpool from Roma in 2017.

This season, his 17 Premier League goals have him two behind Jamie Vardy in a closely-fought Golden Boot contest.

Salah has won the award in the past two seasons, sharing the accolade last term with Sadio Mane and Pierre-Emerick Aubameyang.

MLS is Back: LAFC storms back to split points with Dynamo