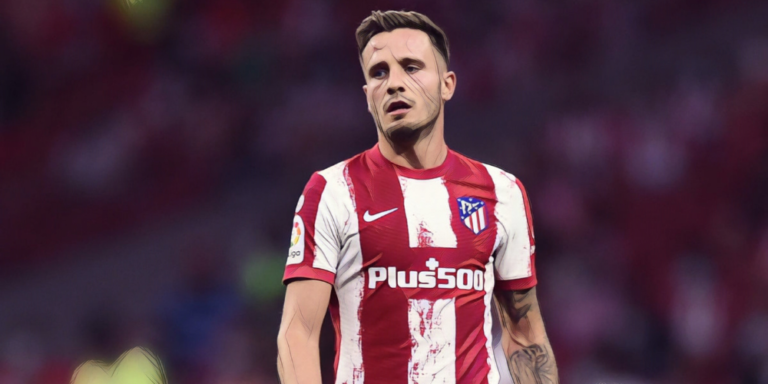 Saul Niguez has opened up on his transfer to Chelsea and how he feared the late deal would break down at the last minute.

Saul completed a move from Atletico Madrid to Chelsea in the very final stages of the summer transfer window, securing a season-long loan move to the European champions, who are believed to have an option to buy as part of the deal.

The 26-year-old had requested to leave Atletico after becoming frustrated with his role under Diego Simeone and has discussed how he approached his manager about his desire to leave in search of a new ‘challenge’.

“I spoke with Simeone,” he told Ibai Llanos on Twitch. “I have been playing in different positions for three seasons.

“I owe everything to Diego and he must be selfish and think of the group.

“I saw myself stuck in a position that was not mine. Chelsea’s option was to get out of the comfort zone, a challenge.

“Chelsea has promised me to train in my position – to play we will see.”

The Spain international opened up on his request for a more central role at Atletico, having become a victim of his own versatility with the midfielder featuring in multiple positions.

Saul has described the decision to leave Atletico – where has made 340 appearances since coming through the academy ranks – as ‘the most difficult’ of his life and spoke of his regret and not being able to say goodbye to the club’s fans.

“I asked Simeone and Miguel Angel (Gil, the CEO) to train in my position,” he added.

“I understand that he refused and from there they decided this.

“I’ve been here since I was 13 and it’s very hard. I want to take up other movements and positions that I did not perform from the other position. It is the most important reason for my decision.

“For me it has been the most difficult decision of my life and I have been advised by many people.

“It’s a shame not being able to say goodbye to the fans. If I had known that the other day was the last day I would have done something else, approaching them and let them see what I feel. Supposedly that day I was staying, three days ago (against Villarreal) and yesterday it was also (the plan) that I stayed. It all (changed) today.”

Saul also discussed the nervous wait has Chelsea and Atletico thrashed out a deal in the closing minutes of the transfer window, admitting his fears that a move would collapse in similar fashion to David de Gea’s proposed switch from Manchester United to Real Madrid in 2015.

“At 11:57pm we finished reviewing the contract and they had to see it there… I was like De Gea,” he explained.

“I thought: ‘This is not going to come in and that’s it.’ It has been a long afternoon and night. My wife was very nervous, we have had some very complicated days, because this decision is not easy. Leaving Atletico on a new adventure is complicated.”

The post Saul opens up on Chelsea transfer and how he feared it would break down at last minute like De Gea’s first appeared on The Football Faithful.