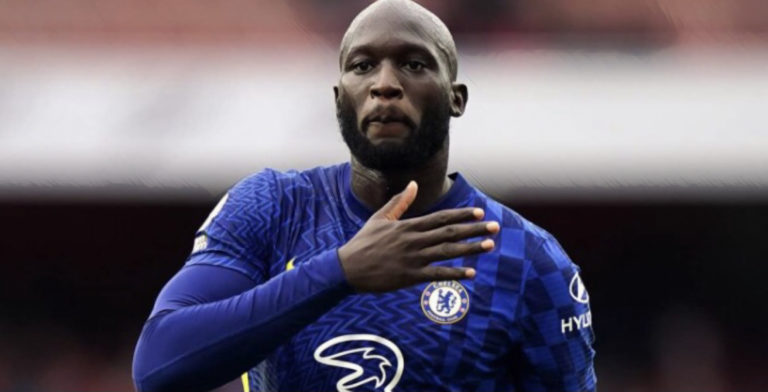 With the transfer window now at a close, it’s time to reflect upon what has been a barnstorming summer of activity, with a number of high profile deals taking place in the Premier League.

From Romelu Lukaku’s return to Chelsea, to Cristiano Ronaldo’s Manchester United homecoming, the English top-flight has been at the centre of some of the most notable signings of the summer and some of the most expensive.

With Manchester City romping to the title last season, the chasing pack have been forced into the market to try and close the gap, while a handful of club’s below the so-called ‘Big Six’ have also been active in an attempt to make a strong push for European qualification.

Let’s take a look then at the five Premier League club’s who haven’t been afraid to splash the cash over the last few months.

One of those sides looking to break into the top six is Aston Villa, the Midlands side having enjoyed an impressive summer of recruitment in their attempt to build upon last season’s mid-table finish – with their £93m dwarfing the spending of say Everton, who have splashed out a meagre £1.7m.

With the likes of Emi Martinez and Ollie Watkins having thrived in their debut campaign’s last time out, Dean Smith will be hoping for a similar story this season for his new recruits, with the club having made five major signings in the transfer window.

Villa began the summer with the club-record purchase of Norwich City playmaker Emi Buendia for a fee of around £38m, while they have since added Danny Ings and Leon Bailey for a combined cost of roughly £55m from Southampton and Bayer Leverkusen, respectively.

With veteran Englishman Ashley Young also making his return to Villa Park on a free transfer and with Axel Tuanzebe joining his former Manchester United teammate at the club on-loan, it represents a real strong window for the club on the whole.

Of course, however, the elephant in the room is the departure of talisman and club captain Jack Grealish, the 25-year-old leaving his boyhood club in order to seal a £100m switch to champions Manchester City in what is a British record transfer.

Those funds have essentially been reimbursed to pay for their new arrivals, yet it remains to be seen what the greater impact of the England international’s exit will be, the forward having been the club’s main man for so long.

Just ahead of Villa is Chelsea, with the Champions League holders sole outlay being the £97.5m spent on striker Romelu Lukaku, the Belgian arriving back at the club for a second spell after initially failing to make the grade at Stamford Bridge.

Looking all the better for his two-year stint in Italy with Inter Milan, the 28-year-old appears ready to take the Premier League by storm and has already made his presence felt, netting on his second debut in the 2-0 win over Arsenal.

His arrival – and Manchester City’s failed pursuit of Harry Kane – has seen many tip the Blues to be title favourites this season, with Lukaku strengthening what is an already scarily talented squad and adding an inevitable source of goals, something which was sorely missed last season.

Aside from the free transfer arrival of Marcus Bettinelli from Fulham, that had looked to be the club’s business done and dusted, before they pulled a rabbit out the hat with the late loan signing of Atletico Madrid midfielder Saul Niguez in the final hours of deadline day.

Just quite where the Spaniard fits in to a midfield that already boasts the likes of N’Golo Kante, Mateo Kovacic and Jorgino remains to be seen, yet his signing is a further marker of the immense depth at Thomas Tuchel’s disposal.

The only reservation for some Blues supporters was the club’s inability to secure the signing of Sevilla defender Jules Kounde, although they could well have saved themselves a fairly sizeable sum due to the emergence of young Trevoh Chalobah, who can slot in in both central defence and defensive midfield.

As previously mentioned, Manchester City broke the bank – and the British transfer record – in order to secure the services of Jack Grealish, with the Villa skipper the only summer signing made by Pep Guardiola’s side.

The champions had appeared set to add to that acquisition by bringing in Grealish’s England colleague, Harry Kane, with the Tottenham Hotspur figurehead seemingly intent on joining the club in his pursuit of major honours.

As expected, however, Spurs and Daniel Levy were in no mood to negotiate the departure of a player who had only signed a new six-year deal back in 2018, with City’s reported £100m plus bid not enough to tempt their ‘Big Six’ rivals into a sale.

With Sergio Aguero leaving the club on a free transfer at the end of the season, the general consensus was that City needed a new centre-forward addition to replace the legendary Argentine, with Kane seemingly the man at the top of their wishlist.

As it is, no new striker has arrived at the Etihad, although the club looks to already have an abundance of attacking talent who can more than make up for that fact, with last summer’s arrival Ferran Torres impressing through the middle in the opening weeks of the season.

Guardiola’s men romped to the title without a striker last season and are well-placed to do the same again this season if their recent back-to-back 5-0 victories are anything to go by.

Manchester United and Ole Gunnar Solskjaer have also left themselves with no excuses should they fall short in the title race, following what was a strong window on the whole for the club in which they largely secured their top targets.

Having welcomed Tom Heaton back to the club on a free, the Red Devils then moved to finally secure the services of Borussia Dortmund man Jadon Sancho, with the 21-year-old arriving in a £73m deal almost a year after the deal had originally collapsed.

While for many that felt like a long overdue signing, there was perhaps greater excitement at the £41m purchase of Real Madrid defender Raphael Varane, with the Frenchman bringing an end to his decade-long stint in the Spanish capital in order to make the move to Old Trafford.

Despite supporters angling for a new central midfield addition, as well as cover at right-back, the club appeared content with their summer business, before producing one of the shocks of the window by confirming the return of Cristiano Ronaldo to the club, 12 years after he brought an end to his first spell.

In a frantic 24 hours, the Portuguese icon went from seemingly being destined to join Manchester City to then signing a contract at his former club, after reportedly being swayed into making a long-awaited homecoming by a number of ex-teammates, as well as his former boss Sir Alex Ferguson.

The most high profile Premier League signing of the summer, the 36-year-old has now completed his £12.9m move from Juventus and could make his debut against Newcastle United after the international break. He may be approaching the end of his stellar career, but if his 29 Serie A goals from last season are anything to go by, he certainly isn’t slowing down just yet.

The surprise big spenders this summer, Arsenal have splashed the cash on six major arrivals to bolster Mikel Arteta’s squad, as the club looks to improve upon their current bleak situation.

Bottom of the table with no goals and no points from their opening three games, the Gunners have endured the worst possible start to the campaign, having previously missed out on European qualification for the first time in 25 years last season.

While they have spent big to try and reverse the decline, it remains to be seen whether they have actually spent wisely, with a large chunk of their new arrivals looking like players for the future, rather than individuals who can make a difference right now.

The arrival of Aaron Ramsdale, in particular, in a £30m deal appears somewhat bizarre with the young Englishman unlikely to dislodge Bernd Leno any time soon, while new left-back Nuno Tavares is likely to spend much of his time at the club playing second fiddle to Kieran Tierney.

Albert Sambi Lokonga looks a bright prospect following his £15m move from Anderlecht, although again he doesn’t appear to be viewed as a first-team regular just yet, while it remains to be seen whether the return of Martin Odegaard on a permanent deal will impact fellow playmaker Emile Smith Rowe, with both likely vying for the same role.

On a more positive note however, the club made an expensive, but astute move for Brighton’s Ben White (£50m), before adding the deadline day signing of Bologna right-back Takehiro Tomiyasu (£19.8m), the Japanese defender a straight replacement for the departed Hector Bellerin, who has joined Real Betis on-loan.

The post The five Premier League clubs to have spent the most in this summers transfer window first appeared on The Football Faithful.