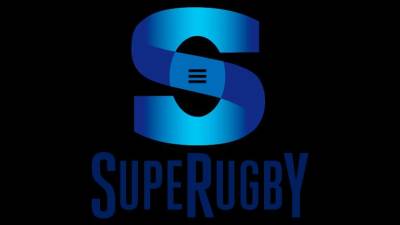 WELLINGTON: New Zealand maintained Thursday it was “blindsided” by the Rugby Championship schedule that would leave All Blacks players stranded in quarantine at Christmas, saying leaked documents disputing this were incorrect.

As the Covid-19 pandemic forces a rethink of how the SANZAAR flagship tournaments are conducted, New Zealand also said it would go it alone again with Super Rugby next year.

But, with the prospect of a trans-Tasman travel bubble opening in coming months, a cross-over competition involving five Australian teams could follow later in 2021.

In 2022, New Zealand would look at adding four more teams that could include two Pacific islands sides, Australia’s Western Force, and a New Zealand-based South China side that would also play in Shanghai or Hong Kong.

New Zealand chairman Brent Impey said change was necessary. “I would hate to think that we were arrogant,” he said.

“Pre-Covid our model here was broken anyways so we were starting to do work on what New Zealand was going to look like going forward and Covid has really accelerated the process.”

On the Rugby Championship dispute, Impey insisted New Zealand’s position was always to finish the four-nation tournament, aimed at resurrecting Test rugby in a Covid-disrupted year, on Dec 5.

The timetable row has plunged New Zealand-Australia sporting relations to their “lowest ebb”, according to Rugby Australia chairman Hamish McLennan.

News outlets in both country’s claimed to have seen leaked minutes showing New Zealand had signed off on a six-week tournament ending on Dec 12.

That schedule would mean the All Blacks would still be in the two-week quarantine mandated by New Zealand for returning travellers over Christmas.

New Zealand Rugby chief Mark Robinson, along with delegates from the other SANZAAR countries Australia, South Africa and Argentina, were listed as havinng been at the Sept 17 meeting.

But Impey, who is also the SANZAAR chairman, claimed the reported minutes were merely someone’s notes.

“There has not been a SANZAAR board meeting since Aug 4 so the notes that have been published are not board minutes and they have a fundamental error in it as far as (saying)… the six-week draw was agreed by all,” Impey said.

“I can tell you that it wasn’t. We know that and Rugby Australia and SANZAAR know that,” he said.

“The notes also quite clearly refer to an impasse and there are many emails that prove this, so our position has never changed,” he said.

Impey said New Zealand’s focus was on trying to resolve the issue and “we’re not going to bother to engage in tit-for-tat on so-called notes which weren’t minutes and weren’t board minutes either.”

The Sydney Morning Herald said the leaked document “revealed New Zealand Rugby agreed to play a six-week Rugby Championship which would finish on Dec 12, despite their insistence otherwise.”

SANZAAR chief executive Andy Marinos told Newshub the tournament “was always agreed to run from Nov 7 to Dec 12 and they (New Zealand) were aware of that.”

But when the schedule was made public, New Zealand fumed, claiming it went against their push for a Dec 5 finish so players could complete Covid-enforced quarantine requirements and be home for Christmas.

“In any forum that we’ve been in there’s been no agreement to play in the tournament on Dec 12, at any time and any meeting. We’ve been very clear around that.”

The issue was further clouded by New Zealand Rugby Players Association boss Rob Nichol who said he received conflicting information on the issue.

“What we’ve learnt is exactly the same time that SANZAAR management put out a press release effectively changing the draw to show our last game on Dec 12, the broadcasters themselves had circulated a draw that showed the last game on Dec 5,” Nichol told reporters. – AFP

CHELSEA restoring RUDIGER status. Clubs piling up after him nonetheless