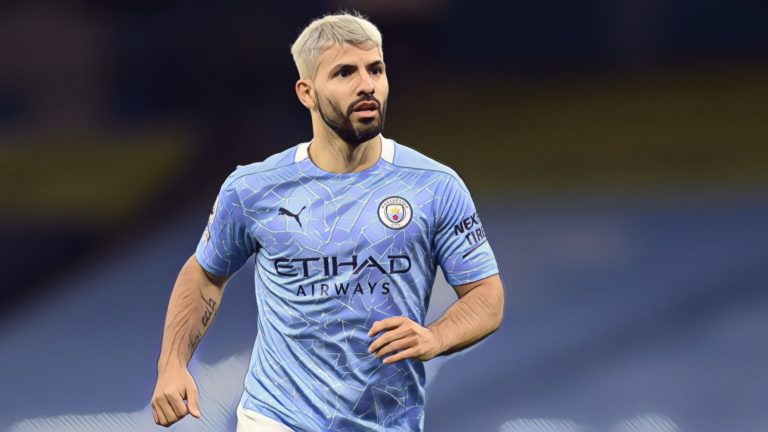 Sergio Aguero is reportedly ‘determined’ to stay in the Premier League with Chelsea leading the race to sign the forward on a free transfer this summer.

Aguero announced this week that he will be leaving Manchester City at the end of the season, calling time on a decade with the club that has delivered four league titles and a record 257 goals in all competitions.

The 32-year-old will be a free agent when his contract expires and has been linked with a host of leading clubs across Europe, with Barcelona, Real Madrid and Paris Saint-Germain rumoured to be interested.

According to the Mail though, the star’s preference is remain in the Premier League beyond the summer, a situation that has alerted several sides with Chelsea said to be at the front of the queue for his services.

Thomas Tuchel’s side are determined to sign a new centre-forward this summer following Timo Werner’s struggles since arriving from Red Bull Leipzig, whilst Olivier Giroud is expected to leave Stamford Bridge at the end of the season.

The west London side are long-term admirers of the player having tried to sign Aguero before his move to Manchester City in 2011 and could view the Argentina international as the perfect short-term solution to their search for a striker.

Aguero is understood to have been left disappointed by the manner of his exit from the Etihad, with the club having been uncommitted on his future for much of a season disrupted by injury and illness.

He will leave as arguably the club’s most influential player of all time and as the highest-scoring overseas player in Premier League history.

The post Aguero ‘determined’ to stay in Premier League with Chelsea leading the race first appeared on The Football Faithful.