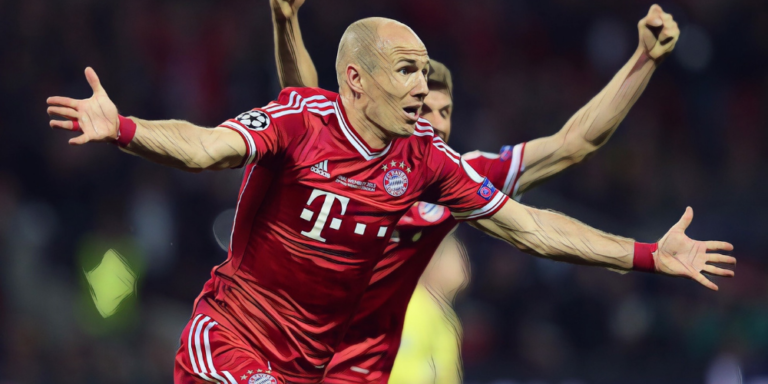 You know what’s coming, don’t you?

Pretty much every full-back in European football knew what was about to happen when Robben cut inside in familiar fashion from the right flank, but few were able to stop it.

Robben became one of the greatest wide players of the modern era during a glittering career at the highest level, winning league titles in the Netherlands, England and Spain before enjoying the best years of his career with Bayern Munich.

The Dutchman spent a decade in Bavaria and scored 144 goals across all competitions, winning eight league titles and the Champions League amongst his honours.

Robben was integral to that latter triumph during the 2012/13 season, scoring in both legs of Bayern’s semi-final dismantling of Barcelona.

He then scored the winning goal in the first ever all-Bundesliga final against Borussia Dortmund, a decisive late intervention to crown Bayern champions of Europe at Wembley.

Cut inside, shoot and score, Robben’s chosen method was simple but ever so effective.