City to put PL to Sword!

City to put PL to Sword!

The Premier League is back after a long international break, and the first set of fixtures are one to keep an eye on. Its first vs third, where Leicester City take on Manchester City at the King Power Stadium on Saturday, 3rd April.

Manchester City are still in hunt for the quadruple, which includes a chase for their first ever Champions League title, whereas Leicester are chasing another Top 4 chase after they agonisingly missed out on it last season. Pep Guardiola’s men sit comfortably at the top of the table while, they also boast a mammoth 14 point lead at the top.

While winning the title might not be the aim for the Foxes this term, they might be in a far-cry fight for the it, with victory against Manchester City would put Leicester ahead of Manchester United in 2nd place. The Foxes have meanwhile, also recovered from a recent wobble of form, after defeating both Sheffield United and Brighton 5-0 and 2-1 respectively.

With a 5th title in 10 years as good as wrapped for the Sky Blues, Manchester City might shift their primary focus to the Champions League match for next week. Also. A run of tricky fixtures start for the men in Manchester, starting from a trip at the East Midlands.

The last time these teams met in the reverse fixture, the Foxes ran riot over the Sky Blues with a scoreline that ended 5-2 for Leicester.

Manchester City announced this week that their all-time leading goal-scorer Serio Aguero would be departing this summer, after his contract would expire with the Citizens.

Guardiola has a full pool of players to choose from, something not many teams have had the luck to do so. 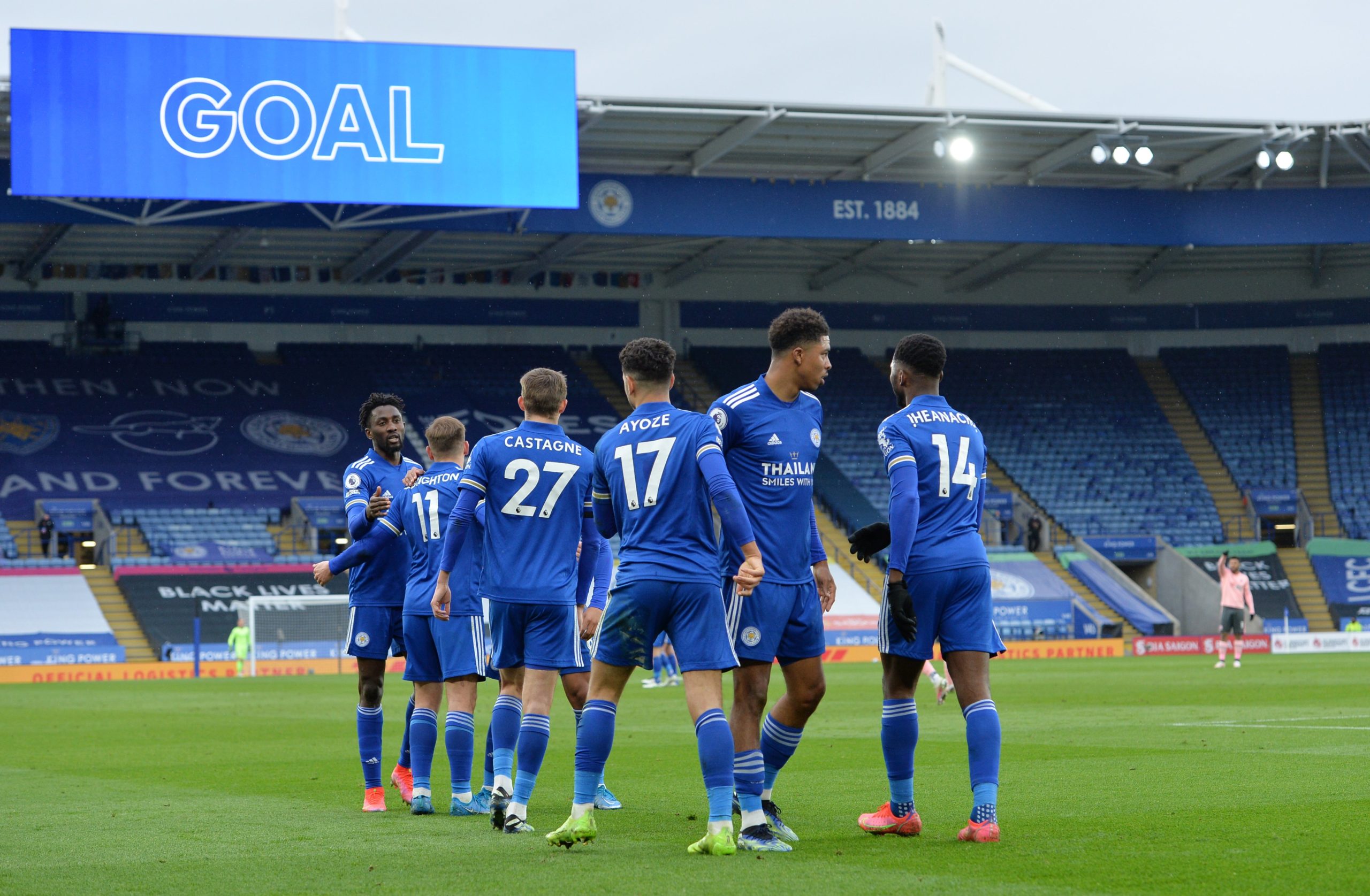 For Leicester City, Harvey Barnes and James Justine would surely play no part this weekend, whereas James Maddison, Wes Morgan, Ricardo Pereira and Cengiz Under are all fitness doubts. 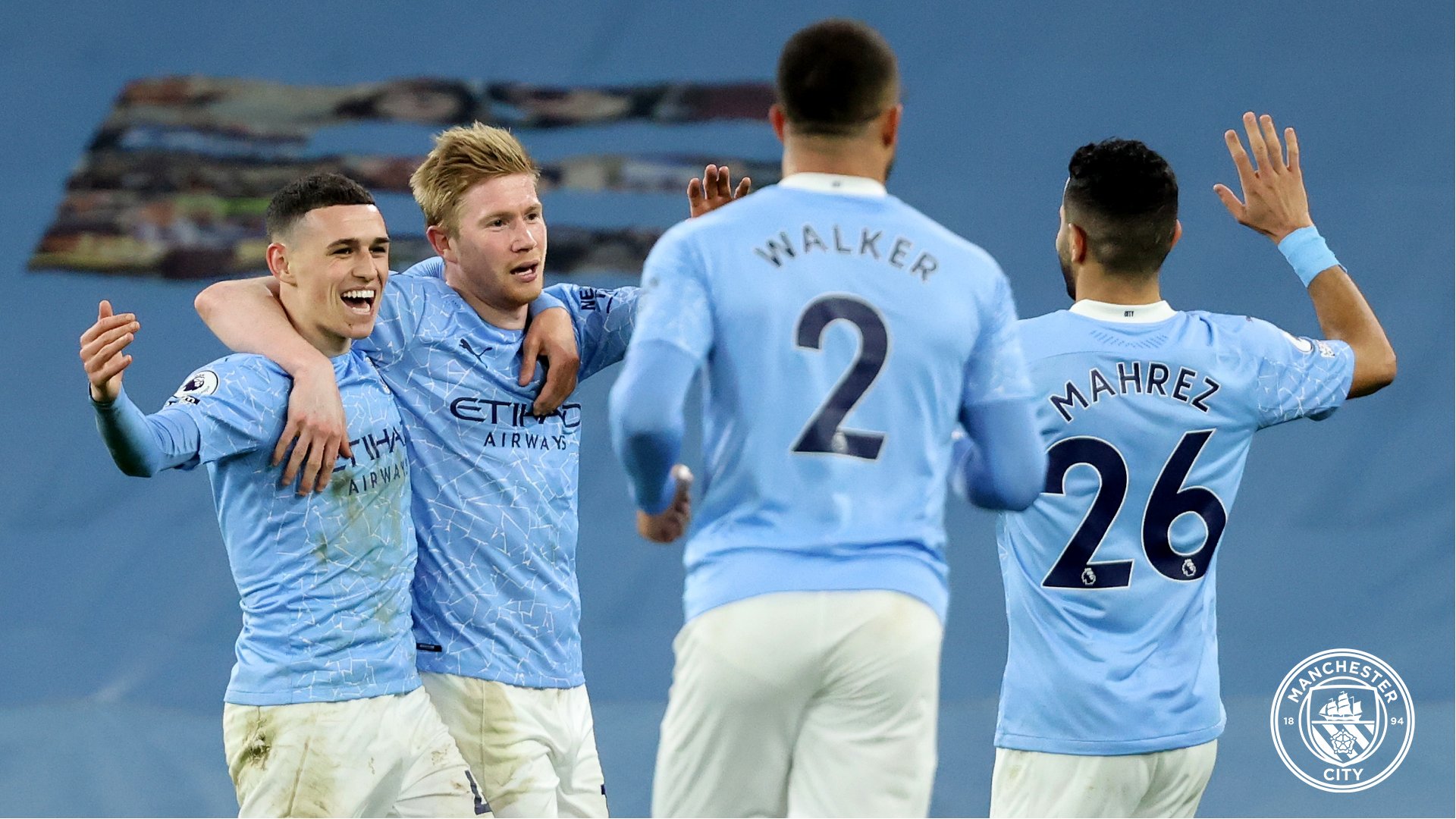 Usually, it would have been Jamie Vardy for Leicester, who would stand out and come up with crucial goals at crucial moments. But recently, it has been Keleichi Iheanacho who has taken the light away from the English veteran, who has taken a backseat, allowing the Nigerian international to come up with the goods.

Your @EASPORTSFIFA Player of the Month is @67Kelechi

Manchester City on the other hand, though, never really rely on a particular player for magical moments, there is little doubt that Belgium international is the best player at the club, His passing range would be key against a rejuvenated Leicester side.

Leicester won the reverse fixture 5-2 at the Etihad Stadium and are seeking a first league double since 1987 against Manchester City.

Manchester City have improved massively since then, though, losing just two of their 43 games since, but we can see the Foxes causing an upset or two, hence, FootTheBall says, Leicester City 2-1 Manchester City.

The post City to put PL to Sword! appeared first on FootTheBall.