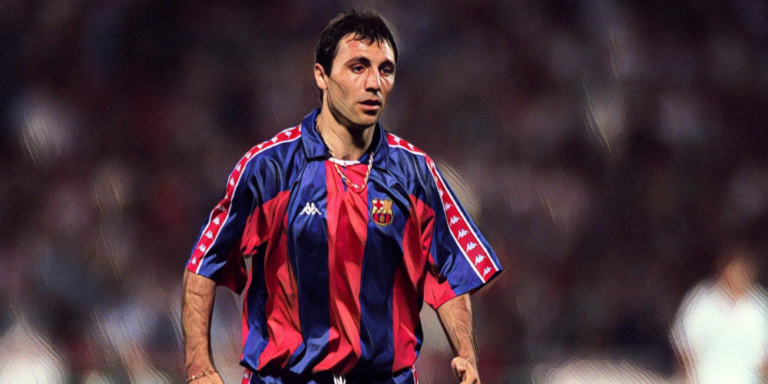 Johan Cruyff’s ‘Dream Team’ at Barcelona remains one of the most iconic sides club football has seen, the pioneering Dutchman overseeing an era of huge success at the Camp Nou.

Amongst the most integral parts of Barcelona’s cult side of the early nineties was Hristo Stoichkov, a captivating and temperamental talent who starred as the Catalans dominated Spanish football.

Stoichkov burst onto the scene with CSKA Sofia before making the move to Catalonia, where he swiftly became an irreplaceable figure in Cruyff’s side as Barcelona won four consecutive league titles and a maiden European Cup.

The brilliant Bulgarian scored over a century of goals in the club’s colours and formed a devastating strike partnership with Romario, whilst his time with Barcelona also included a starring performance at the 1994 World Cup.

Stoichkov finished as the joint-leading scorer in the tournament as Bulgaria reached the last four, winning the Ballon d’Or and cementing his position as his country’s greatest ever footballing export.

One of the finest footballers of a generation, here are Hristo Stoichkov’s best moments for Barcelona.

Read – Cheats or just street-wise? – Five of football’s masters of the Dark Arts