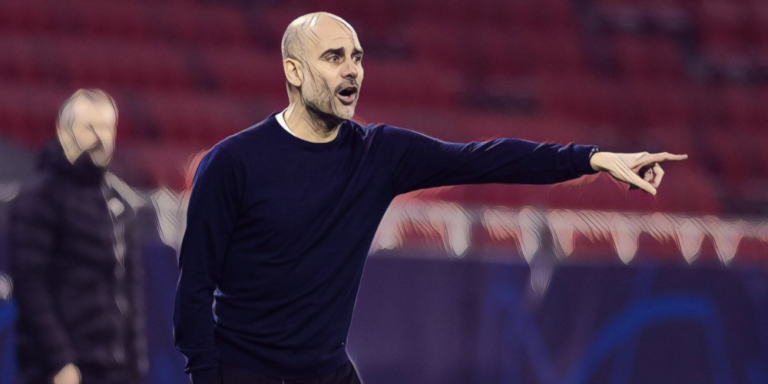 Pep Guardiola says Manchester City will approach every game like a cup final as the club close in on the Premier League title.

Guardiola’s side are closing in on a third Premier League title in just four seasons ahead of the division’s run-in, having opened up a 14-point advantage over nearest challengers Manchester United ahead of this weekend’s clash with Leicester.

City remain in pursuit for an unprecedented quadruple this season with a Champions League quarter-final with Borussia Dortmund to come this week, alongside an FA Cup semi-final with Chelsea and Carabao Cup final clash with Tottenham later this month.

Guardiola’s side will face a difficult challenge this weekend against a Leicester side in third, with the Foxes having secured an emphatic 5-2 in in the reverse fixture earlier in the campaign.

The Spaniard admits his side will be a step closer to the title if they can secure a positive result at the King Power Stadium and says league leaders City will treat every game of the run-in like a ‘final’.

“We will be closer to winning the title if we win [against Leicester] and then every game after that is a final.” Guardiola told a pre-match press conference.

Guardiola says he will assess his player’s fitness following their return from the international break before selecting his side for Leicester, admitting he will take each game as it comes as City bid to make unprecedented history this season.

“We will see today how the players come back. Every day is a new situation. Tomorrow I will select a team to win that game.

“People say we are close – we are in the best position. After that game I will think of Borussia Dortmund.”

The post Man City approaching every game like a cup final reveals Pep first appeared on The Football Faithful.