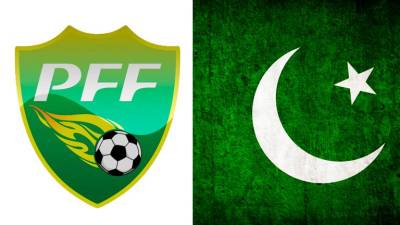 LAHORE: Pakistan’s men’s and women’s national team players fear their careers could be jeopardised with the country’s football federation (PFF) staring at a FIFA ban after a forced takeover of its national headquarters in Lahore.

A group of football officials led by Ashfaq Hussain, which was elected by the Supreme Court in 2018 to run the PFF but was not recognised by FIFA, took over the headquarters on Saturday and seized control from the FIFA Normalisation Committee headed by Haroon Malik, local media reported.

Ashfaq refused to relinquish control despite a warning from FIFA, football’s world governing body, which condemned the incident and said the federation could be banned “should the illegitimate occupation of the headquarters not be lifted” by 8pm Wednesday.

The PFF did not immediately respond to a Reuters request for comment.

Pakistan forward Kaleemullah Khan, who made his international debut in 2011, called on Ashfaq to hand control back to the normalisation committee and said the political turmoil could spell the end of many careers.

“This will damage the image of Pakistan football in the world,” Kaleemullah told Geo News. “The only losing party is Pakistani footballers.

“There are thousands of players who have their bread and butter attached to this game; a ban would mean that these players will become jobless and their careers destroyed.”

“I am very sad and disappointed,” Abiha said. “The football field has been made a political hub, no one actually cares about players and their hard work.

“This is shameful that we are on the verge of getting banned. We have so much uncertainty, I request you all kindly have mercy on us, let us play, please save football.”

Hajra Khan, captain of the Pakistan women’s team, voiced her concern over the damage caused to the sport in the country.

“We are on the verge of getting banned which means we will not be able to represent Pakistan internationally,” she said in a video statement.

“We have worked hard for years, we are disappointed. I want to tell them that please respect the game and the players.” – Reuters