Bruce denies Newcastle are safe; names what cost them against Arsenal

Bruce denies Newcastle are safe; names what cost them against Arsenal

Steve Bruce insists that Newcastle do not think they are safe from relegation yet after their 2-0 defeat to Arsenal.

Newcastle are nine points above the relegation zone with only four games left to play. They were looking over their shoulders for much of the season but it seems they have pulled away at the right time. But defeat against the Gunners brought some of those questions back into focus.

Bruce’s side were brought back down to earth after a recent revival. They had taken points off European challengers Tottenham, West Ham and Newcastle in their last four games, with the other being a win over Burnley.

He told BBC Sport: “We’re disappointed because we haven’t got near the performances of late.

“Arsenal played well. It’s a poor goal after four minutes. When you’re chasing against these lads it’s always going to be difficult. Arsenal were the better side today, it was as simple as that.

“We are delighted to see we are a bigger threat. Allan Saint-Maximin in the last few weeks has produced all sorts of magic but it wasn’t quite there today.

“We’ve never thought [we’re safe]. We have four games left and we still have a lot to play for.

“We didn’t play well enough today against a decent Arsenal team. We have to regroup, go again and get ready for next week.

“It was simply that service to [the attackers]. I think Allan probably played too deep. He was a little frustrated and got too deep.” 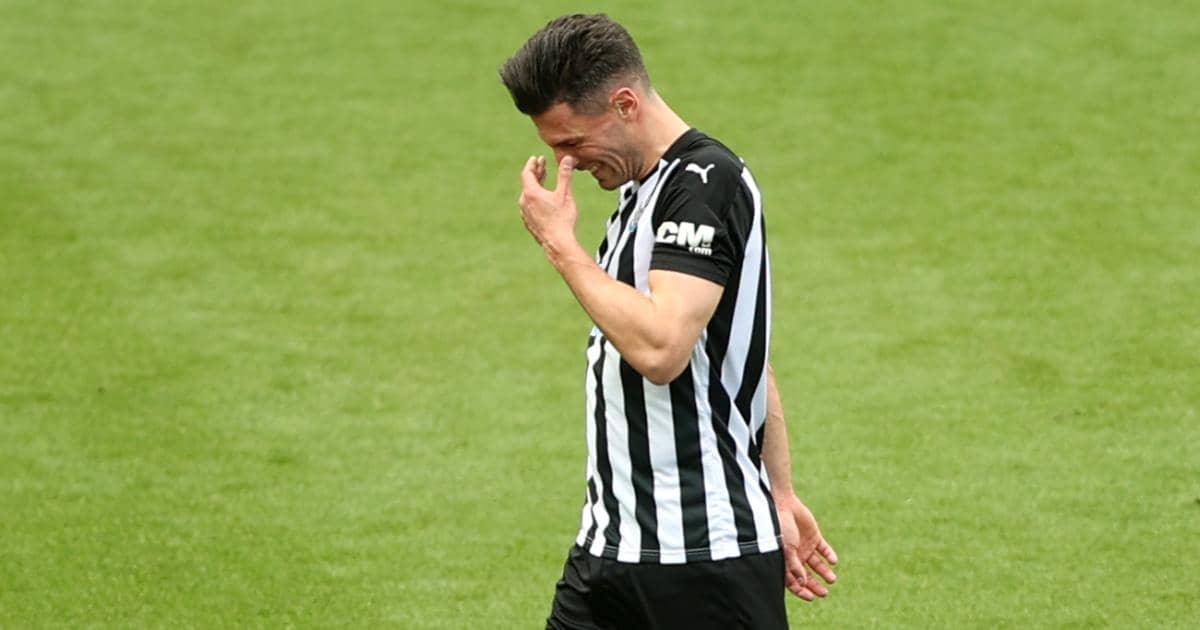 A bad afternoon became even worse for Newcastle when Fabian Schar was sent off late on. He had only been on as a substitute for around 20 minutes.

The defender went through the back of Gabriel Martinelli with his studs showing. But Bruce did not think it warranted a red card.

He said: “The way it is at the moment and the rules are… There’s no tackles anymore. I don’t think it deserves a red. Maybe it’s a yellow.

“Is it dangerous? Not really. We’re playing Arsenal so you have to get into them. When that stops it becomes very difficult.

“I have sympathy for Fabian Schar. He tries to win the tackle. Maybe a yellow card but certainly not a red.”

The post Bruce denies Newcastle are safe; names what cost them against Arsenal appeared first on TEAMtalk.