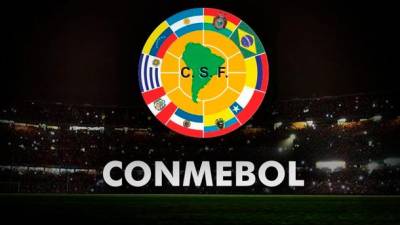 BUENOS AIRES: Argentina forward Sergio Aguero backed the decision to strip his country of Copa America hosting rights after landing back in his homeland on Tuesday.

However, the 32-year-old, whose move from Manchester City to Barcelona was announced on Monday, also cast doubt on Brazil’s chances of filling in for Argentina and Colombia, the original co-hosts.

Over the last month, South American football’s governing body CONMEBOL first stripped Colombia of co-hosting rights and then Argentina too due to the coronavirus pandemic crises in both countries, as well as social unrest in the former.

On Monday, CONMEBOL announced Brazil would fill in, despite the country registering the second highest number of Covid-19 deaths in the world with 462,000.

The Brazilian government is yet to confirm whether or not it will agree to the last ditched switch, less than two weeks before the tournament’s scheduled kickoff.

“If it’s difficult in Brazil we can’t play” the Copa America there, said Aguero as he arrived in Buenos Aires.

“It’s clear that in Argentina things are not going well. It’s a very correct decision from CONMEBOL,” added Aguero.

Argentina is experiencing its worst period during the pandemic with highs of 40,000 daily new cases and 500 deaths.

“We players want to play. Now that we’re here we have to play, there’s no time left, we already lost last year,” said Aguero, referring to the fact the Copa was postponed by a year due to the pandemic.

“There’s been a year to see where it could be played, but every month, two months, everything changes.”

Aguero has already caught the virus and said it was “quite hard.”

Before the Copa begins, there are two rounds of World Cup qualifiers to be played.

Argentina, who sit second in the qualifying table behind Brazil, host Chile on Thursday and then travel to Colombia on June 8. – AFP