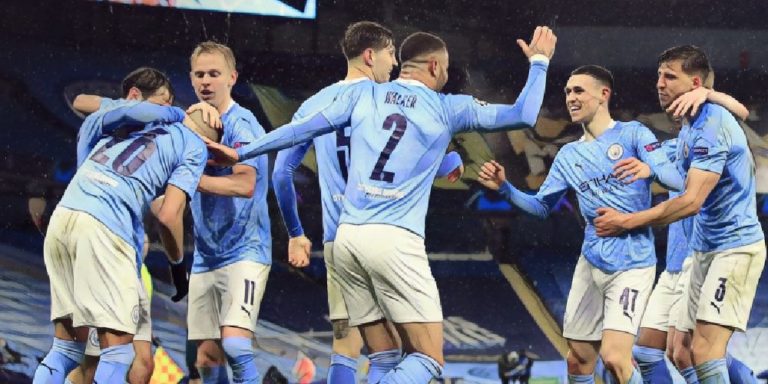 Manchester City are planning to send a ‘strong message’ in the transfer market this summer, according to chairman Khaldoon Al Mubarak.

Pep Guardiola’s side enjoyed an impressive season to be crowned champions and win a third Premier League title in just four campaigns, alongside a fourth consecutive League Cup trophy.

City also reached a first ever Champions League final before suffering defeat to divisional rivals Chelsea in Porto, as the club’s wait for a maiden European crown extends into a further season at least.

City have been linked with a whole host of leading names ahead of the summer transfer window including wantaway Tottenham striker Harry Kane, and Al Mubarak has confirmed the club are prepared to spend as they bid to strengthen whilst at the top.

“You need to constantly bring talent into the team, refresh and particularly when you are at a high level on the top,” he told mancity.com.

“Having won the league it is not the team to sit back and be content, that is the biggest mistake. This is the time to send a strong message that there is no contentment, you are not satisfied with just winning the league.

“We lose a very important legend in Sergio Agüero, very hard shoes to fill but I am confident we will find the right player to fill those shoes. There are other areas in the team that need investment, not too many, it is not about numbers, it is about quality.

“The squad is a phenomenal squad, you don’t win the Premier League and get to the Champions League final if you don’t have a good squad. We will bring quality into the squad in a couple of key positions.”

Al Mubarak also discussed Pep Guardiola’s continued success since arriving at the Etihad, the Spaniard having won eight major trophies across his five seasons in charge of the club to date.

The chairman spoke of his ‘great partnership’ with the City boss and hailed their working relationship, outlining a collective desire to ensure the club continue to compete for the game’s biggest prizes.

“This partnership has been a great partnership,” he said. “He is in the right environment, he has the right infrastructure around him. We have the greatest trust and the greatest relationship and we have achieved so much. The journey goes on and it will go on as long as Pep is happy and we’re happy.

“I feel very proud of what this team has accomplished. When you reach a Champions League final – the pinnacle in football, the pinnacle of sports – I think it is an incredible achievement, a remarkable season by any description.

“But it is also a culmination of years of hard work to reach a level of consistency, a level of expectation that this club has reached now – which is a club that will compete year in, year out.

“You can’t win every year but year in, year out we are going to be there. It is about going forward and whenever we have setbacks regrouping and coming back stronger. As sad as we all are at losing the Champions League final, we will be back in that final and more importantly (with) these titles we will always be there, that I promise.”

The post Man City planning to send a ‘strong message’ in transfer market as they plan to strengthen this summer first appeared on The Football Faithful.