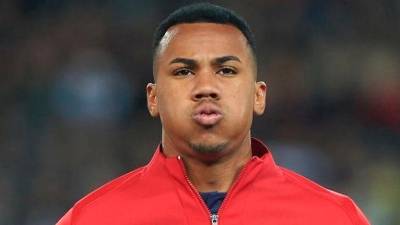 LONDON: Arsenal completed the signing of Brazilian defender Gabriel Magalhaes (pix) from Lille on Tuesday for a reported £22 million (RM123m).

The 22-year-old bolsters Mikel Arteta’s defensive options as the Gunners look to return to the Champions League this season after a four-year absence.

Gabriel joined Lille in 2017 and, after loan spells at Troyes and Dinamo Zagreb, he impressed as Lille finished fourth in the curtailed 2019/20 Ligue 1 season.

“He has many qualities which will make us stronger as a defensive unit and as a team,” said Arteta. “He has proved with Lille that he is a defender with many outstanding attributes and we are looking forward to watching him grow as an Arsenal player.”

He joins experienced international duo David Luiz and Willian, who is Arsenal’s only other signing so far in the close season.

“He is a player we have been studying for a while and he was in demand from many clubs, so we are proud to have agreed and completed this transfer with Lille and the player,” said Edu.

“Gabriel is a player of high quality and Mikel and his coaches are looking forward to integrating him into the club.”

Arsenal are also reportedly close to agreeing another season-long loan deal for Dani Ceballos from Real Madrid, while Arteta said after Saturday’s Community Shield victory over Liverpool that club captain Pierre-Emerick Aubameyang is close to extending his contract to remain at the Emirates. – AFP