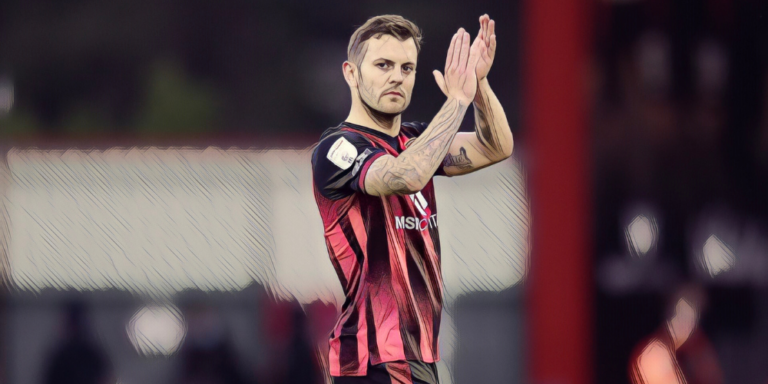 The summer transfer window has now closed, but clubs still possess the option of strengthening their squads with unattached players through free agency.

There are some notable names currently without a contract or club after seeing their fortunes falter in recent seasons, yet to find themselves a new home having been released by their former employers.

Here are five former top players available to sign on a free transfer.

Sergio Romero’s time with Manchester United came to an end this summer, the goalkeeper having been released by the Red Devils following seven seasons at Old Trafford.

The Argentina international has spent the majority of that time as a back-up option to David de Gea, having made just 61 appearances across all competitions and just seven in the Premier League.

However, Romero has been a fine goalkeeper in his own right and was often labelled as the division’s best number two, having amassed an impressive 96 caps for the Argentine national side.

Still just 34-years-old, he could represent a shrewd signing for any side seeking an experienced shot-stopper, his talents having been largely under-appreciated during his spell as a substitute in English football.

Linked with Granada earlier in the summer, he remains a free agent at present.

Daniel Sturridge has remarkably been without a club for 18 months, having had his contract with Turkish side Trabzonspor terminated by mutual consent following a ban for breaching betting regulations.

It seems a long time ago that Sturridge was a regular member of the England squad and one of the most feared forwards in the Premier League, injuries having decimated the latter period of his career with Liverpool.

Sturridge recently celebrated his 32nd birthday and issued a reminder to clubs of his availability, writing on social media that he is ‘fit as a fiddle’ and ‘more motivated than ever’ following a frustrating period.

Year 32
More motivated than I’ve ever been in my life. Older, wiser and fit as a fiddle. GOD is good.

Thanks for all the birthday messages, means a lot

The former England international has scored 76 goals in 218 appearances in the Premier League and whilst his injury record is a concern, there are few free agents with the pedigree of the two-time Champions League winner.

Sturridge trained with Real Mallorca over the summer with a view to winning a La Liga contract, but the move failed to materialise with the star awaiting options as he bids to kick-start his career.

Jack Wilshere spoke openly and candidly to The Athletic last month regarding the trajectory of his career, a footballer once billed as the great hope of English football now without a club after being released by second tier Bournemouth.

Wilshere burst onto the scene as a teenager at Arsenal to become the Gunners’ youngest ever Premier League debutant, with the midfielder named as the PFA Young Player of the Year following his breakthrough season in 2010/11.

More than a decade later that season remains the last time Wilshere featured in 30+ league games in any given campaign, a nightmare run of injuries having prevented the star from reaching his full potential.

Throwback to when a 19-year-old Jack Wilshere put on a midfield clinic against Xavi, Iniesta, and Busquets

There have been moments in the intervening period, including two FA Cups with Arsenal, two Goal of the Season accolades, and a brief time impressing in the England side, but the momentum of Wilshere’s career has continually stalled through a catalogue of fitness issues.

He left Arsenal for West Ham in 2018, but made just 16 league appearances across three seasons with the Hammers before a single season spell at Bournemouth last term.

Wilshere – still only 29 – has been training with Serie B side Como in recent weeks, but a move has failed to materialise due to the midfielder not holding an EU-passport.

The task for Wilshere is find a club where he can enjoy his football, having seen his career stutter over the past decade.

David Luiz’s indifferent spell with Arsenal came to a close during the summer, the veteran defender released from his contract after two seasons at the Emirates.

Luiz’s exit more than likely brings an end to a colourful career in the Premier League, with the eccentric Brazilian having mixed the sublime and the ridiculous during his time in English football.

Chelsea secured the signing of Luiz from Benfica and the centre-back enjoyed a wealth of success across two spells at Stamford Bridge, winning six major trophies either side of a three-season spell at Paris Saint-Germain.

His finest football came under the guidance of Antonio Conte, with the Italian indulging Luiz’s on-ball qualities with the defender excellent at the centre of Chelsea’s title-winning back three system.

Outstanding on his best days and outrageous during his poorer performances, Luiz was often elite entertainment and at 34 the big-haired Brazilian will now be looking for perhaps his final challenge – former Blues boss Maurizio Sarri and Lazio have been linked.

Franck Ribery is in search of a new club after Fiorentina decided against renewing his contract, the winger having spent the past two seasons in Italy after leaving Bayern Munich.

Ribery enjoyed a decorated period with the latter to become one of the best wide players of his generation, dovetailing with fellow winger Arjen Robben during a glittering period of success for the German giants.

His 12-year spell with Bayern saw the former France international win nine league titles and the Champions League amongst his honours, with Ribery finishing third in the Ballon d’Or rankings following the Bundesliga’s side’s treble success in 2012/13.

Ribery may have turned 38 earlier this year, but 28 league starts in Serie A last season prove the veteran is still more than capable of operating in a top-tier league.

Hellas Verona could offer Ribery another opportunity in Italy with the club reportedly interested in his services on a free transfer.

The post Five former top players available to sign on a free transfer first appeared on The Football Faithful.