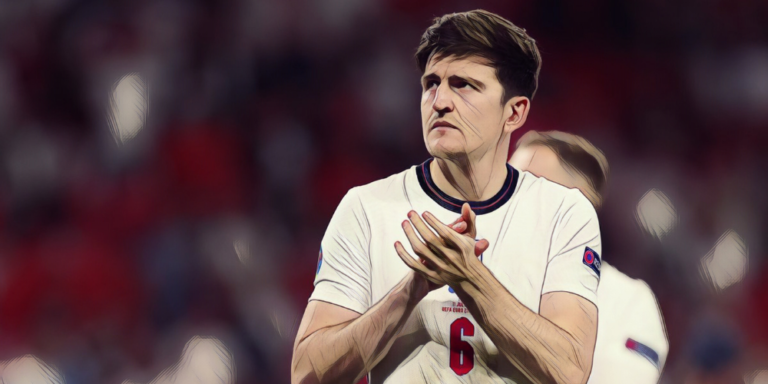 Harry Maguire says England should have been ‘braver’ during their Euro 2020 final defeat and has reflected on the ongoing ‘hurt’ of the nation’s shoot-out defeat to Italy.

England reached the final of a major tournament for the first time since 1966 during the summer, though were beaten on penalties by Italy following a 1-1 draw at Wembley.

Gareth Southgate’s side are current preparing for this month’s World Cup qualifiers and Maguire admits the pain of that defeat ‘hurts and always will hurt’, though says that lifting a major tournament remains the ambition in a bid to ‘overcome’ that loss.

“We know how close we were – the closest you can ever be to becoming European champions,” he said at a press conference. “It hurts and it always will hurt. It hurts every fan as well – not just us players and staff.

“Will you ever get over losing a penalty shootout to become European champions? Probably only if you win one of these major tournaments will you overcome that.”

Speaking ahead of tonight’s clash against Hungary, Maguire reflected on the Three Lions’ defeat and believes England should have been ‘braver’ in the second half of the Euro 2020 final after conceding too much possession and pressure to the Azzurri.

“They didn’t create a clearcut chance. We conceded from a corner, which has bounced around the box three or four times and fallen to their player. I never felt they were going to score. I never felt under pressure in terms of the amount of chances.

“If we’d have held out and won 1-0, everyone would have said we managed to set the second half brilliantly. It’s fine margins but when I look back now, maybe we could have punished them a little bit more on the counterattack.

“That was a big part of the second half. When we did manage to get into promising positions, we didn’t hurt them enough. We didn’t create enough.”

The post Maguire says England should have been ‘braver’ as he reflects on ongoing hurt of Euro 2020 final defeat first appeared on The Football Faithful.