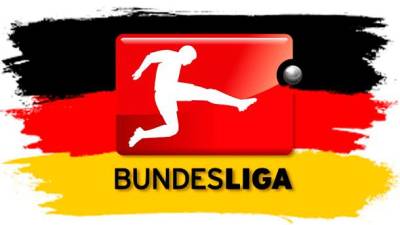 BERLIN: Hoffenheim striker Andrej Kramaric has fired his club to an unexpected position at the the top of the Bundesliga with five goals from their two matches, fanning speculation of a potential transfer to champions Bayern Munich.

The 29-year-old Croatian got off to a sensational start, scoring a hat-trick in their season-opening 3-2 win at Cologne. He then bagged two more as they crushed Bayern 4-1 last week to end the Munich side’s 32-game unbeaten run.

He has been scoring in every second game since arriving at Hoffenheim in 2016, netting 67 times in 134 Bundesliga matches.

Kramaric’s recent performances have reportedly triggered the interest of Bayern, who on Wednesday won the domestic Super Cup for their fifth title of the season with a 3-2 victory over Borussia Dortmund.

The Bavarians have been all-conquering in the past season but the departure of several players, including forward Ivan Perisic, Thiago Alcantara, Alvaro Odriozola and Philippe Coutinho, in what is expected to be another extremely busy season, has coach Hansi Flick worrying.

Top striker Robert Lewandowski has also been left without an international class back-up forward in the squad.

Signs of fatigue were evident against Hoffenheim and Dortmund, who came from two goals down to level before conceding a late goal.

If a potential slip-up against Hertha Berlin on Sunday further highlighted the need for replacements, it would be too late to act with the transfer window shutting on Oct 5.

Flick has said his dwindling resources mean the team could face a gruelling season, especially given the lack of pre-season preparation after they won the Champions League in August.

He was also quick on Wednesday to praise Kramaric but did not confirm or deny his club’s reported interest.

“I know him very well. He is one of the best players in the Bundesliga,” Flick said after the Super Cup win.

Asked whether Bayern were interested in signing the Croatia striker, Flick was tight-lipped.

“This is not something I know anything about at this moment,” he added.

But he did confirm Bayern could still make a move in the transfer market in the coming days as they look to defend their domestic and European titles.

“Let’s wait and see. I will just let myself be surprised,” Flick said. – Reuters