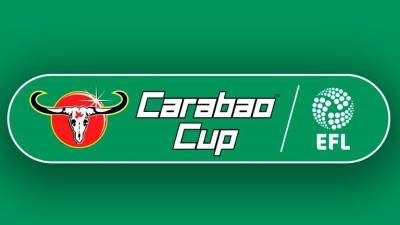 LONDON: Mikel Arteta praised Arsenal goalkeeper Bernd Leno for repaying his faith after the German’s two penalty saves clinched a 5-4 shoot-out win over Liverpool that sent the Gunners into the League Cup quarterfinals.

Arteta’s side had already beaten Liverpool on penalties in the Community Shield earlier this season and they repeated the trick in the fourth round tie.

Asked about facing City, where he worked as Pep Guardiola’s assistant until December, Arteta said: “I was waiting and enjoying the victory and then we have to play Manchester City.

“It is what is. There are a lot of tough teams left in the competition.”

Arsenal, who haven’t lifted the League Cup since 1993, have won three of their last four meetings with Liverpool in the space of just 11 weeks.

Liverpool beat the Gunners 3-1 in the Premier League at Anfield on Monday, but Arsenal took the spoils against the champions in the league in July and the Community Shield in August.

Arsenal’s disciplined display was another sign that the FA Cup winners are heading in the right direction under Arteta’s astute leadership.

Leno underlined why Arteta decided to restore him to the team and sell back-up Emiliano Martinez to Aston Villa, making a series of superb saves before emerging as the hero in the shoot-out.

“Bernd Leno was really good. When we needed him we had him. You need a top individual performance to win at Anfield,” Arteta said.

“I really have belief in Bernd. I know him really well. We didn’t want Emiliano Martinez to go but it was probably the right thing.

“To come here and play with the determination and courage is a big step forward for the team. They are on the right path.”

Arsenal’s win was revenge for last season’s League Cup defeat on penalties against Liverpool, when the Gunners led 3-1 and 4-2 in a 5-5 draw.

There was less drama until the shoot-out on this occasion as Liverpool boss Jurgen Klopp made nine changes and Arteta eight, contributing to a stop-start encounter.

“If there would have been a winner in 90 minutes it should have been us but we are not in dreamland, you have to score,” Klopp said.

“A penalty shoot out is tricky, everyone knows it.”

In Thursday’s other fourth round action, Stoke claimed a shock 1-0 win at Aston Villa, while Brentford reached the last eight for the first time with a surprise 3-0 victory against Fulham.

Villa have won their first two Premier League games this season, but boss Dean Smith made 11 changes for Stoke’s visit and his understudies were not up to the task.

After reaching the final last season, when they lost to Manchester City, this was a more forgettable exit for Villa.

“It’s a massive missed opportunity and I said that to the players,” Smith said.

“With the tempo we played at it was a lacklustre first half and an awful performance.”

Stoke will host Tottenham in the quarterfinals.

Brentford earned a measure of revenge for their Championship playoff final defeat to Fulham last season as they swept aside their struggling Premier League opponents.

“We are where we are. This is a team in transition, we came fourth in the Championship last year,” Fulham boss Scott Parker said.

Everton face Manchester United in the other quarterfinals, with the ties to take place in December. – AFP