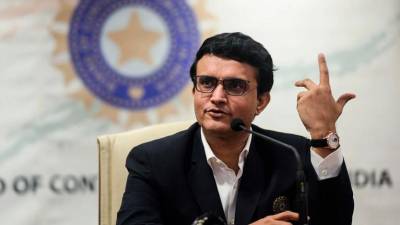 Ganguly, 48, was rushed to Woodlands Hospital after he complained of chest discomfort while exercising on a tread mill at his home gym.

The hospital said tests showed he had suffered a mild heart attack and the popular former cricketer had blockages in three coronary arteries.

“He came in good time. One of his arteries had critical blockage which we removed through angioplasty,” Aftab Khan, a cardiologist, told reporters outside the hospital.

“He has improved, the pain in his chest has reduced. He is stable now. He has to be kept under observation for 24 hours so he will have to stay in hospital.”

The private hospital formed a medical board and a decision on Ganguly’s further line of treatment will be taken later.

One of India’s most successful captains, Ganguly, who hails from the state of West Bengal, took over as the BCCI president in 2019.

His transition from a player to top administrator was seen as a natural progression for a former captain who helped India emerge from a damaging match-fixing scandal in 2000.

Mamata Banerjee, the chief minister of West Bengal, paid Ganguly a visit in the hospital.

“It’s difficult to accept that such a young and fit sportsperson like him could have a condition like this,” Banerjee said.

Messages poured in on social media from the cricketing community and fans wishing Ganguly, fondly known as “dada” or “elder brother”, a speedy recovery.

“Just got to know about your ailment Sourav,” batting great Sachin Tendulkar, who played with and under Ganguly’s captaincy, wrote on Twitter. “Hope each passing day brings you closer to a full and speedy recovery! Get well soon.”

The former left-handed batsman, who retired from international cricket in 2008, played 113 tests and 311 one-dayers and led India to 21 test wins. – Reuters

Steve Parish has just made one of his shrewdest Crystal Palace calls; GSB look away – opinion