Bayern to wrap up the Bundesliga???

Bayern to wrap up the Bundesliga???

The international break is over, and the Bundesliga returns with a blockbuster fixture which could potentially decide the title as RB Leipzig takes on Bayern Munich in a top of the table clash on Saturday, 3rd April.

While Bayern are on the hunt for their 30th Bundesliga title and a 9th one in a row, Leipzig are trying to break the monopoly that has been prevailing for the last 8 years and write their name on the trophy for the first time in their small history. The gap between the two sides is a meagre 4 points and a win for either side could boost their chances in the pursuit for the title.

The best defence v the best attack – something’s gotta give in #RBLFCB!

Leipzig go into this match with an 8-match unbeaten run in the league, keeping 5 clean sheets and scoring 14 goals in that process. A victory against Bayern will put them just a point behind the leaders and the confidence they would get from that victory would surely help them, in what could be a tricky run of fixtures until the end of the season. Bayern, meanwhile, would want to wrap up the title on Saturday in order to focus on their Champions League run as they face a daunting fixture against Paris Saint-Germain in the quarterfinals.

The last time these two sides met earlier in the campaign, Die Roten Bullen held the Bavarians for a pulsating 3-3 draw in Munich.

Leipzig is facing a mini-crisis in terms of player availability with as many as five first-team players are either injured, unavailable or suspended. Dominik Szoboszlai, Konrad Laimer and Angelino are out with injuries while Kevin Kampl is suspended, and Marcel Halstenberg is recovering from Covid-19. 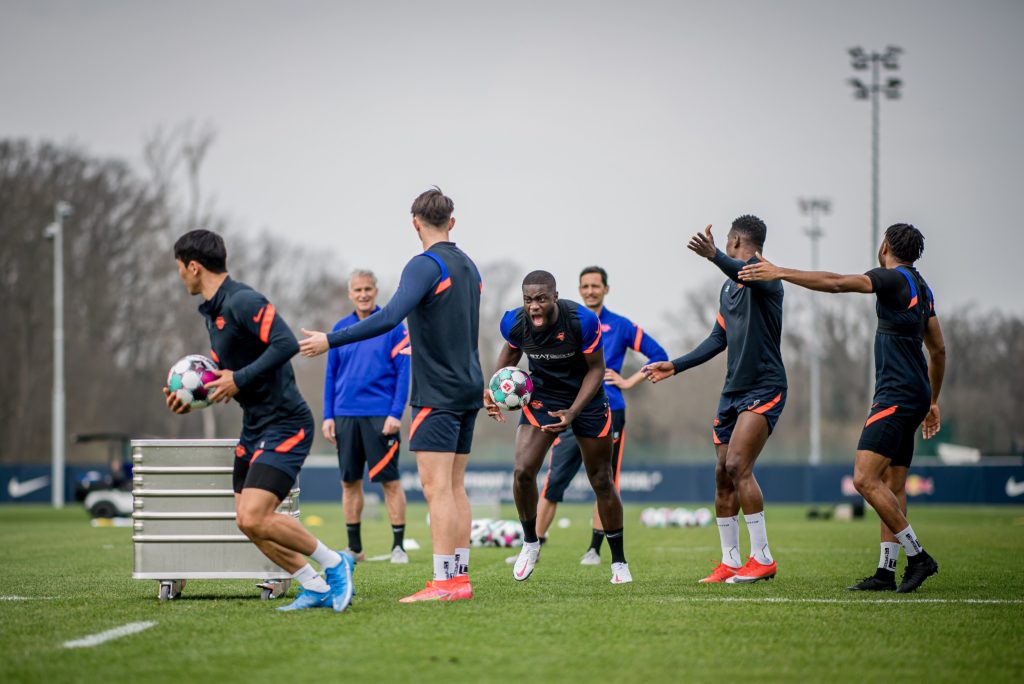 Bayern Munich will go into this fixture without their talismanic forward Robert Lewandowski as the Polish striker’s knee issue flared up while on international duty for the World Cup qualifiers. Also, Alphonso Davies and Jerome Boateng will be absent as they are facing a suspension and maybe replaced with Lucas Hernandez and Niklas Sule. Corentin Tolisso and Douglas Costa are out a considerable amount of time as they undergo treatment for their long-term injuries. 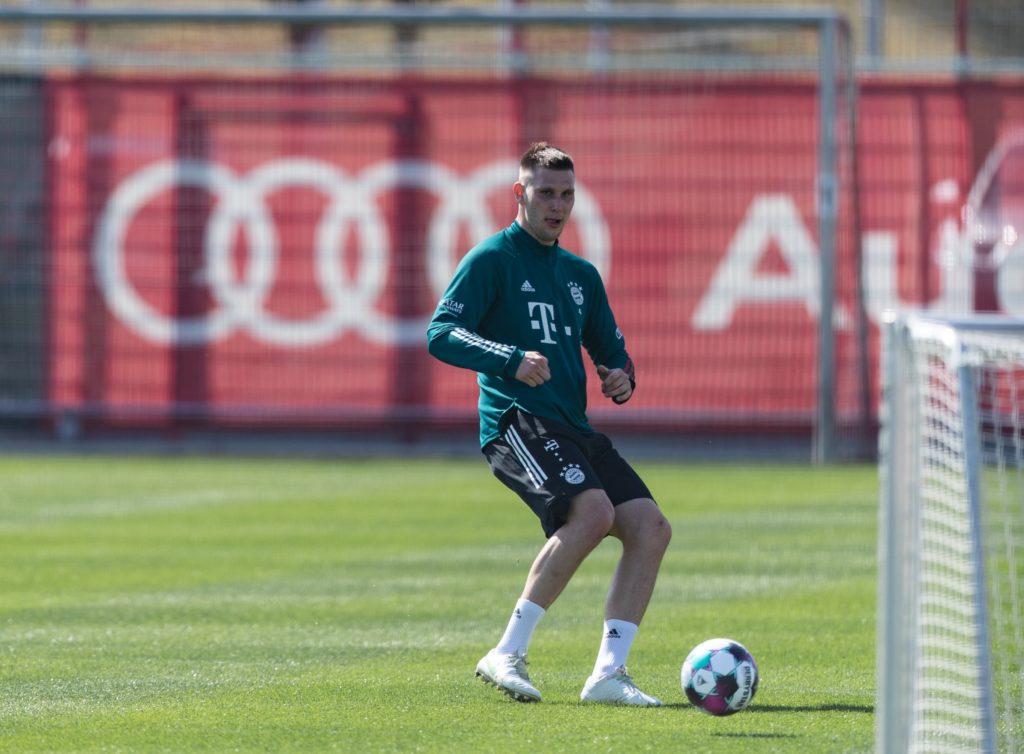 Leipzig’s chances rest on the shoulders of their three main players, Dani Olmo, Marcel Sabitzer and Emil Fosberg, who have pulled them out of the bag many times while Christopher Nkunku also has been in good form, scoring 4 goals in the last 8 league games.

It was his late golazo that earned Spain’s 3 points in Georgia.

And for @DieRotenBullen this season?

Bayern, though, must find goals from their plethora of talented footballers with Lewandowski out for at least a month and Flick will be more than ready to bring the best out his wide attackers, Leroy Sane and Serge Gnabry as they would be their main outlet in front of the goal.

As both sides going into the match with several players out, and the match being a potential title decider, it is not that difficult to imagine a cagey affair, especially with the amount at stake for all.
Even though Bayern are favourites to take all three points, Leipzig will have the onus to win, hence, FootTheBall says, RB Leipzig 1-1 Bayern Munich.

The post Bayern to wrap up the Bundesliga??? appeared first on FootTheBall.