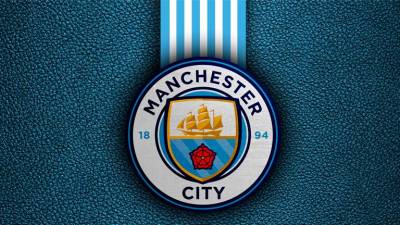 LONDON: Pep Guardiola said Manchester City may well not replace record goalscorer Sergio Aguero due to the financial fall-out from the coronavirus pandemic.

Guardiola added the runaway Premier League leaders possessed enough talent to cope without Aguero when his contract expires at the end of the season.

The Argentine joined City from Atletico Madrid in 2011, three years after the club was taken over by Abu Dhabi owners, and will leave after 10 trophy-laden years, with 257 goals in 384 games so far.

City have been linked with Norwegian star Erling Haaland, England captain Harry Kane and France’s World Cup winner Kylian Mbappe but Guardiola is not sure such targets are realistic.

Although City are one of the richest clubs in the Premier League they like others have had no fans coming through the turnstiles for a year.

“There is a lot of big chances that maybe we are not going to sign a striker for next season,” said Guardiola at Friday’s press conference.

“There is a big chance, with the situation in the world, the economic problems in world football, we are not going to sign any striker for next season.”

Guardiola admits Aguero is such an icon at the club that it was incredibly tough not to renew the contract.

However, Aguero has had a frustrating season due to injury and had to sit out a month due to coronavirus.

City chairman Khaldoon Al Mubarak has revealed a statue of the striker has been commissioned to stand alongside those currently being made to honour his former team-mates David Silva and Vincent Kompany.

“We know how important a player he is in the present and was in the past,” said Guardiola.

“These decisions are never easy.”

They also remain in the hunt for a historic quadruple.

Guardiola’s side face a tough match, though, on Saturday at third-placed Leicester and their in-form striker Kelechi Iheanacho, who Guardiola let go in 2017.

The 24-year-old Nigerian international has been named the Premier League’s player of the month and scored seven goals in his last four games.

“The quality was there. He was a young player here and I think with Gabriel (Jesus) we didn’t have enough space.

“He is a fantastic person, we had a good relationship, and I’m glad to see him playing well.” – AFP