Huge Man Utd lift, as club dramatically give up on Man Utd star in search of 26-goal man

Huge Man Utd lift, as club dramatically give up on Man Utd star in search of 26-goal man

Boca Juniors have called off their hunt for Manchester United striker Edinson Cavani and have found an alternative, a report claims.

Cavani‘s future has proved the subject of debate recently, as his initial one-year spell at United comes to an end. Boca Juniors have held constant links with the 34-year-old. In fact, the player’s father claimed that his son wants to move to the Argentina-based club at the end of the season.

Meanwhile, ex-United defender Marcos Rojo – who plays for Boca – has claimed that Cavani has spoken to the club’s president Juan Roman Riquelme.

For their part, Red Devils boss Ole Gunnar Solskjaer has held talks with the player. Solskjaer has said that he has promised Cavani that he would enjoy next season when fans return to Old Trafford.

As such, more recent reports (via The Times) have claimed that Cavani is leaning towards a one-year extension.

According to Argentina-based TyC Sports (via ESPN), such speculation has led Boca dramatically calling off their hunt for the striker.

The club believe that Cavani has now sealed his future in Manchester for another year. Therefore, they are moving on from the transfer hunt in order to put their focus elsewhere.

He moved there in July 2018 and has scored 26 goals in 99 games since his arrival from Villarreal.

However, Boca could face a renewed battle to lure their new transfer target to Argentina.

America have put a sizeable fee on the forward’s exit, a figure which Boca will currently struggle to afford.

What’s more, they are unwilling to lower that asking price. 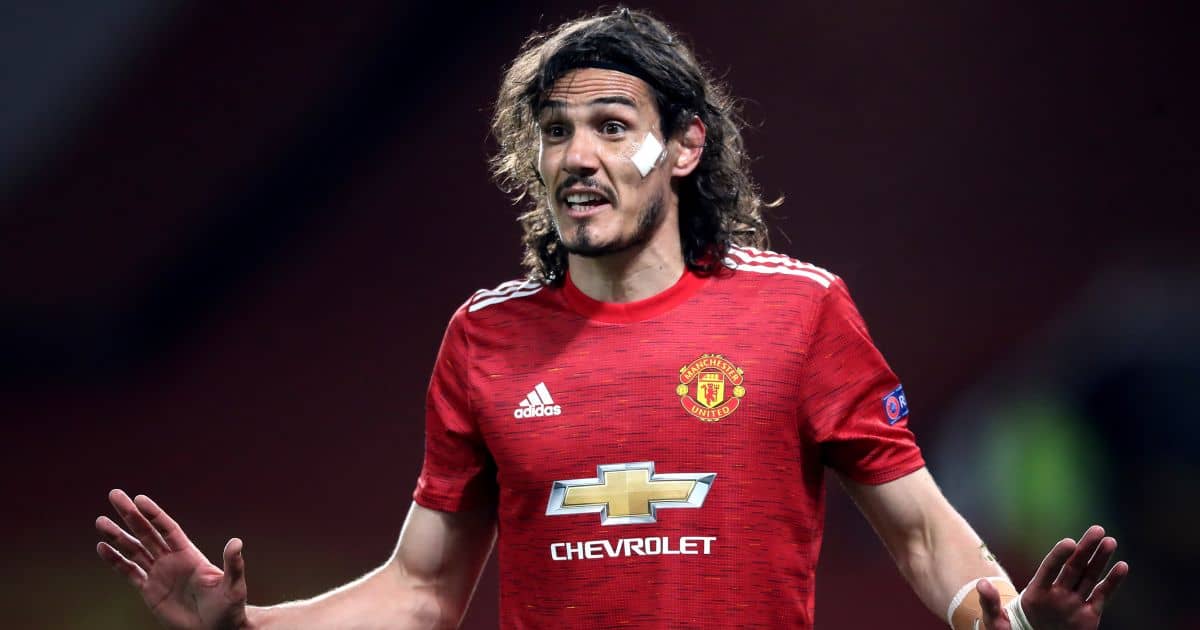 Cavani may be 34 and struggle to play 90 minutes week-in, week-out, but he has proved during his time at United that he can still provide a fantastic influence.

He has scored 12 goals in all competitions this campaign, including two in last Thursday’s Europa League semi-final win over Roma.

The post Huge Man Utd lift, as club dramatically give up on Man Utd star in search of 26-goal man appeared first on TEAMtalk.