Liverpool are reportedly prepared to make an offer for €25million-rated Trabzonspor goalkeeper Ugurcan Cakir this summer.

The Reds have been watching the Turkey international for some time and are now ready to make a concrete offer to get their man. Cakir is on their radar to provide stiffer competition for No.1 Alisson, who has not always covered himself in glory in a tough campaign for Jurgen Klopp’s men.

Turkish outlet Fanatik states that Trabzonspor want a fee in the region of €25m for Cakir, who has also been linked with Borussia Dortmund. They are also willing to wait until after Euro 2020, as they believe his value will go up during the tournament.

From Liverpool’s point of view it makes sense to get a deal done before then. That way more funds should be in place to strengthen other areas of the team.

The report does not state if the Reds are willing to match Trabzonspor’s valuation. Indeed, €25m does appear steep for a back-up keeper.

There is also the issue of whether the 25-year-old would be willing to make the move, knowing he would start on the bench.

However, the former has already hinted that he would prefer a move back to Spain this summer. To that end, it’s highly unlikely that Klopp will want an inexperienced 22-year-old as the full-time No.2.

Given the potential fee involved a move for Cakir does seem a bit of a reach for the Reds, with other positions in the team in need of a greater upgrade.

Gini Wijnaldum looks certain to move on, while there are continued doubts over the futures of Mo Salah and Sadio Mane.

With that in mind, Liverpool are more likely to focus their attention on making sure Klopp’s midfield and attacking options are better stocked for next season – rather than adding an experience reserve keeper.

Meanwhile, Liverpool are lining up Mikel Oyarzabal as a potential attacking reinforcement if they miss out on Champions League qualification, a report in Spain has claimed.

After winning the Premier League title last season, the current campaign has been a fall from grace for Liverpool. There have been multiple factors that have contributed to their plight. They could still reach the top four but have long since been out of the running to retain their crown.

As things stand, they are seven points off the top four with five games still to play. It seems unlikely they will be even able to break into that territory. 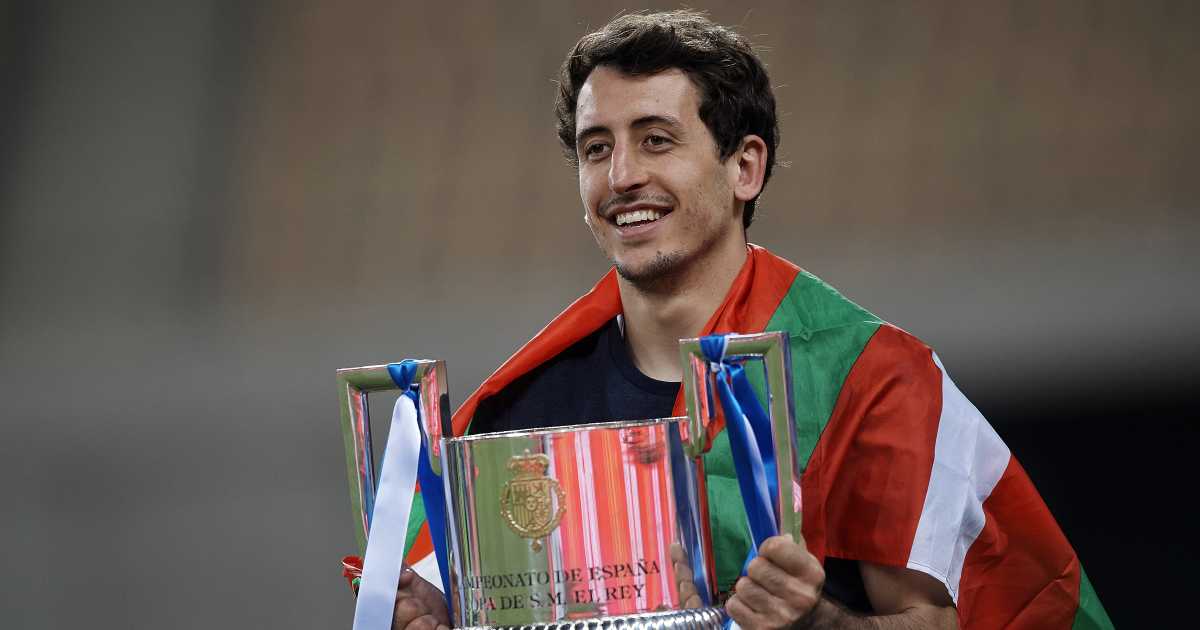 Hence, a number of their top players may be considering their futures. The likes of Sadio Mane and Mohamed Salah have regularly been linked with moves to other European powerhouses.

Either would be tough to replace, so Liverpool have been linked with plenty of big names. Kylian Mbappe and Jadon Sancho have been mentioned, for example.

But according to Don Balon, it is unlikely that the Reds would be able to convince either of them without Champions League football on offer. Hence, they are having to think outside the box.

The Spanish outlet claims that one name on their radar is Real Sociedad winger Oyarzabal.

The 24-year-old has spent his entire professional career with La Real. However, it could soon be time for him to test himself elsewhere.

Liverpool are aware of his capabilities and reportedly see him as the “next David Silva”. However, he could play in a more advanced role than the former Manchester City star he currently calls a teammate.

There is apparently a belief among the Anfield hierarchy that Oyarzabal could increase his scoring output in the Premier League. He has managed an impressive 10 goals and seven assists from 29 La Liga appearances this season. He also recently scored the decisive penalty that helped La Real win the delayed 2019-20 Copa Del Rey final. But Jurgen Klopp thinks he could get even more out of him.

Keen to prove that, Liverpool are reportedly willing to sanction a €50m bid for the Spain international. Those funds have been set aside in case Salah or Mane are sold and would represent an immediate reinvestment.