Spurs must get next managerial choice right, but are fast running out of options

Spurs must get next managerial choice right, but are fast running out of options 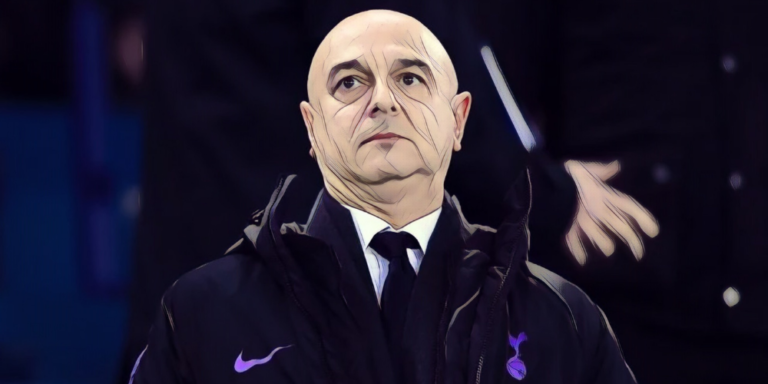 So just as many had anticipated, Jose Mourinho’s reign as Tottenham manager proved only a brief affair. His appointment had been based on nostalgic memories of previous triumphs, but a once generation-defining coach has fallen out of touch with the modern game.

Mourinho’s arrival as Mauricio Pochettino’s successor was hoped to take the north London side to the next level, the Argentine having turned Spurs into Champions League regulars without managing the final step of securing silverware success.

There had been plenty of positivity surrounding the shock appointment of the once self-anointed ‘Special One’, but Spurs have stagnated under Mourinho’s dated methods in utterly predictable fashion, the stale football, shifting of blame and alienation of players all too familiar.

The decision to terminate his contract leaves the hierarchy once again in search of a new direction.

On the surface this is a club with arguably the best modern stadium in world football and part of the Premier League‘s financially strong ‘big six’, an appealing project for any coach looking for the foundations to achieve success.

Why then does it appear that no coach of elite credibility has shown any interest in taking the reins?

Julian Nagelsmann was the first name strongly linked with the position in north London, the innovative RB Leipzig manager regarded as arguably the most exciting coaching prospect in the game.

Nagelsmann’s high-tempo attacking style of football was seen as the perfect antidote to Mourinho’s much-maligned pragmatism, though interest in his services from Bayern Munich provided Spurs with a gargantuan obstacle in their hopes of luring him to the Premier League.

A duel with the Bundesliga behemoth was one the club were never going to win.

Attentions turned away from Nagelsmann, the names of Erik ten Hag and Brendan Rodgers widely circled, the former having guided Ajax to two title success – either side of a curtailed Eredivisie campaign – in addition to the semi-finals of the Champions League.

Any hopes of acquiring the Dutchman from Amsterdam were ended by Ten Hag’s signing of a contract extension last week, whilst Spurs’ fluttering of their eyelashes at Rodgers seem set to end in similar disappointment.

Rodgers appears an idealistic appointment, a manager with a proven track-record of handling the pressure of a top six club (Liverpool), winning silverware (Celtic) and improving teams immeasurably (Leicester and Swansea).

It says much about Spurs’ current plight that the Northern Irishman believes he has a better chance of short-term success with Leicester, even given the Foxes’ rapid rise under his management.

So where then for Daniel Levy to continue his search? Three credible candidates, each appearing to have shunned Spurs’ advances.

Graham Potter has won admirers for his work at Brighton and previously Swansea, but it would represent a huge step up in expectations were he to leave his post with the Seagulls for the capital.

It’s a similar scenario for Scott Parker, who despite appearing set for a second relegation in three seasons appears to have won admirers for his style of football at Fulham.

Nuno Espirito Santo is another name mentioned, though will Spurs be attracted given Wolves have gone backwards this season?

Rafael Benitez is perennially linked with vacant positions on these shores, but despite an impressive résumé is far from the up-and-coming managerial appointment reportedly being eyed by Levy, his old-school defensive style more in the Mourinho mould.

Spurs need the right appointment, but is there an outstanding candidate willing to take the position? The club can ill-afford to gamble and are at real risk of falling further behind England’s elite.

Manchester City are within touching distance of a third league title in four seasons and remain the Premier League’s dominant force, whilst Liverpool will return stronger next season with the returning Virgil van Dijk one of several long-term absentees set to bolster their ranks.

Ole Gunnar Solskjaer continues to oversee steady improvement at Manchester United, whilst Chelsea will invest once more following a record summer of spending this season.

English football’s leading sides are often colloquially referenced as the ‘big six’ and whilst that may ring true in terms of financial disparity between the rest of the division, there is danger of a gap opening up in terms of genuine competitiveness between those sides.

Levy had attempted to sure up Spurs’ place amongst the elite amid the controversial Super League proposals, their inclusion amongst the founders itself an achievement given the club’s lack of tangible success in recent decades.

Spurs only need look across the north London divide at an example of how fortunes can drastically change, Arsenal languishing in ninth and 31 points adrift of the league leaders with few signs that the gap can be bridged in the coming seasons.

Should Spurs make another managerial mistake, the ‘big six’ could quite feasibly become a top four.

Finding a suitable successor to Mourinho could also prove key in deciding Harry Kane’s future, the forward and jewell in the Spurs crown having made no secret of his desire to win the silverware that has so far eluded him.

It is not an image unlikely to have been lost on Kane.

Spurs face the prospect of another season without silverware and outside of the Champions League, their future hinging on the powers in charge selecting the right figurehead for their faltering project.

An error here and the foundations which were first laid by Mauricio Pochettino could quickly unravel, starting a downward slide that history tells us is difficult to arrest. Daniel Levy knows better than most that the pressure is on.

Read Also – Iconic Performances: The memorable night in the San Siro when Bale announced his genius

The post Spurs must get next managerial choice right, but are fast running out of options first appeared on The Football Faithful.