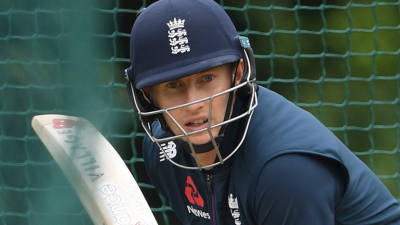 LONDON: England captain Joe Root (pix) has said he would miss the first home Test match against the West Indies in July if it clashes with the birth of his child, but backed vice-captain Ben Stokes to take the reins in his absence.

West Indies’ tour of England, which was pushed back by a month due to the COVID-19 pandemic, is set to begin on July 8 in Southampton behind closed doors, subject to government approval.

However, Root’s wife Carrie is due to give birth to their second child in early July and the top order batsman said he is in discussions over whether he would be able to leave the on-site hotel and return to the bio-secure venue.

“The due date complicates things slightly. In terms of the bubble and the pregnancy, it’s always an evolving thing,” Root told reporters.

“It’s being discussed with the medical team and we’re always trying to stay updated with it. How it will finally look I’m not exactly sure right now.

“It will have to come down to government guidelines and we have to make sure we follow those protocols and do whatever is right by that.”

Root said Stokes would make a “fantastic” captain in his absence as the all-rounder leads by example.

“One of his great qualities as vice-captain is the example he sets – the way he goes about his training, how he wants the ball in difficult circumstances, the way he stands up in difficult scenarios with the bat,” Root added.

“He drags people with him, gets the best out of players around him and gives the whole team a lift. People will always follow him, look up to him and want to play for him whether he is captain or not.

“Those are great qualities to have as leader and something he could definitely take into captaincy. I love having him as vice-captain and could see him doing a very good job as captain.” – Reuters

Inter and AS Roma want Garay