Lampard says Chelsea looking at how to manage Pulisic

Lampard says Chelsea looking at how to manage Pulisic

Pulisic felt his hamstring in the warm-up at Burnley on Saturday. He was withdrawn from Chelsea’s starting line-up for the 3-0 Premier League win at Turf Moor.

The USA forward had a scan at Chelsea’s Cobham training ground on Monday, which revealed no major damage. And the 22-year-old is already pushing back towards full fitness.

Pulisic will miss Chelsea’s Champions League clash with Rennes at Stamford Bridge on Wednesday, but Blues boss Lampard expects him back soon.

“Christian had a scan yesterday that showed a very, very minor injury to his hamstring, very minor,” said Lampard.

“So he’s already back outside. He won’t be fit for tomorrow, but we’ll see after that.

“It is obviously a relief for the injury to be minor.

“He made the right decision in not attempting to play the game, because he could have made it worse.

“So it’s clearly a relief that he will be back very soon, because he’s an important player for us.”

Pulisic tore a hamstring in Chelsea’s 2-1 FA Cup final defeat to Arsenal in August, and has a history of muscle issues.

Lampard revealed Chelsea have been working hard to limit the pacy forward’s issues ever since his arrival at Stamford Bridge. However he conceded that speed-based stars can always fall victim to such injuries.

“With the actual muscle injuries, it’s a hard one to call, it’s forever going to be a challenge,” said Lampard.

“Some players that play on the edge, have such speed and acceleration in their game, maybe they can be more susceptible.

“I don’t think that’s a one-fits-all answer, because it’s different for everybody.

“From last season we were looking at ways of managing Christian and looking at ways of being proactive in not hopefully getting so many injuries, I know that’s something he’s experienced previously in his career at Dortmund as well.

“So we’re all working in the same direction on that one, to try to get him to be as fit as regularly as possible, because we all know his talent.” 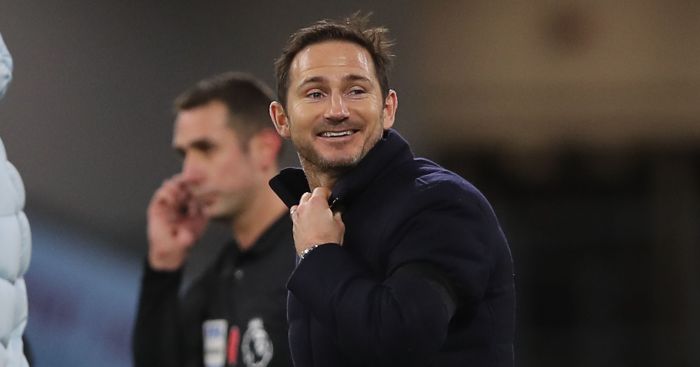 The American coach said: “Even Frank Lampard, when I spoke to him in preseason a year ago now, I was talking to him about having Christian Pulisic and he was kind of like, ‘Yeah, he’s got a lot to learn so we’ll see how he does’.

“I could see right away that Lampard’s idea of Pulisic was shaped a lot by the fact that he was American and not that his football education came a lot from what has happened in Germany. Since then, I think Lampard has learned that Pulisic is a lot better than he gave him credit for.”

Lampard. who watched Pulisic open his goalscoring account this season in Wednesday’s 4-0 win over Krasnodar, said: “I did read those comments.

“I was surprised that Jesse read my mind as well as I did. It was a game against Salzburg when Christian scored twice in pre-season. I said it was exciting to see how he’d develop with us but Jesse put it across a little differently.”

The post Lampard says Chelsea looking at how to manage Pulisic appeared first on teamtalk.com.

Aprilia to pick Smith or Savadori for 2021 MotoGP season

A to Z of the Kolkata Derby: Anthony Pilkington to Zirsanga via Maidan