Joan Laporta has a plan to bring Liverpool boss Jurgen Klopp to Barcelona if he becomes the club’s next president, according to a report.

Barca are looking for a new incumbent in the role after Josep Maria Bartomeu’s recent resignation. The controversial Spaniard left last week after a summer of turbulence at the Camp Nou.

As such, there are a number of candidates in the running to take his place; while former president Laporta is among them, Victor Font has also put his name forward.

Font has revealed his own plans for Barcelona over the next five to 10 years, including re-incorporating club legend Xavi.

The reporter told El Chiringuito: “Of the Barca candidates of the elections that are going to be presented, Laporta is trying so badly, because he still cannot, praise one of the best coaches in the world, which is Jurgen Klopp. It is the objective of Laporta.” 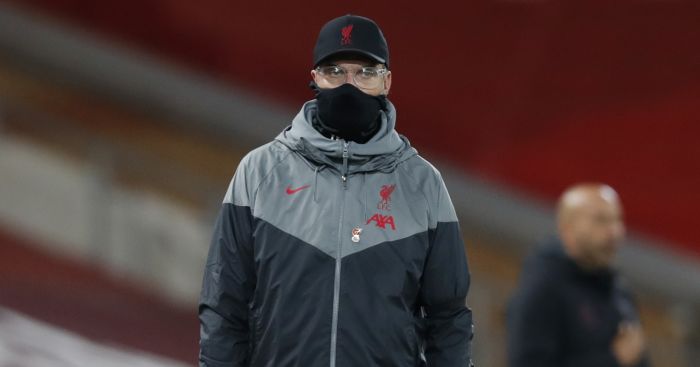 Klopp has become one of the world’s most renowned football coaches after his success with Liverpool. Indeed, ending the club’s 30-year wait for a league title has drawn comparisons with Bill Shankly.

He has also led the Anfield club to their sixth European Cup, doing so in 2018/19.

But Klopp made his name while at Borussia Dortmund, leading the Bundesliga club to two domestic crowns.

The German has built his success on long-term development, with almost four years passing before the Reds’ Champions League triumph.

Laporta reportedly feels such a model could work at Barcelona, who remain in a period of transition.

Current manager Ronald Koeman oversaw a clear-out of his team earlier this year, with Ivan Rakitic and Arturo Vidal among those to leave.

However ahead of the election in March, Barca remain in financial difficulty due to the coronavirus pandemic.