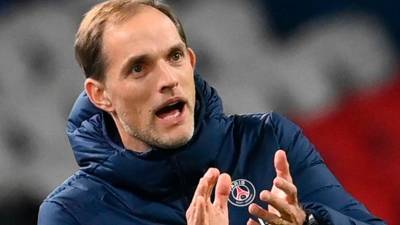 BUDAPEST: Thomas Tuchel’s (pix) abrupt sacking by French champions Paris Saint-Germain came as a “shock” despite signs it was inevitable, according to the German manager’s former Hungarian assistant Zsolt Low.

“Let’s be honest, this situation was not sustainable in the long run,” Low said in an interview Saturday with the Hungarian newspaper Nemzeti Sport.

At the helm since July 2018 Tuchel’s involvement was abruptly ended by the Qatari-backed club on Dec 24, reportedly for comments viewed as critical of its Qatari owners.

Former Tottenham manager Mauricio Pochettino, 48, who played for PSG from 2001 to 2003, was officially named as new coach by the French giants Saturday.

“Looking back now, it was better to say goodbye when we did, more or less at the top, with by far mostly nice memories under our belts, these two and a half years have been beautiful,” said Low.

“We were surprised because on Dec 23, after the 4-0 win over Strasbourg, Leonardo (PSG’s sporting director) called us in to say he did not need Thomas in the future,” said Low.

“Even though there were signs it was coming, Leonardo’s announcement still was kind of a shock for us,” he said.

“After having struggled with considerable difficulties in 2020,… we found the decision somewhat incomprehensible,” he added.

The 47-year-old Tuchel oversaw the club’s first ever Champions League final appearance in August, which they lost 1-0 to Bayern Munich, and he left Parc de Princes with the team boasting the likes of Neymar and Kylian Mbappe into the knockout stages this season.

“Considering that we were hampered by countless injuries throughout the season, and also had to deal with the coronavirus, it was a great professional achievement to close the year this way,” said Low.

“The truth is that we over-performed,” he said, citing PSG’s smooth Champions League progression, and current league position just a point behind leaders Lyon.

But relations between the German and Leonardo had soured in recent months, with “different principles of governance” driving a wedge between the pair according to the Hungarian.

Everyone “could hear that there had been tension,… they had different ideas in many areas, and those differences in view only grew over time,” said Low.

“In other words, the announcement was not completely a bolt from the blue,” he said.

Despite appearing to be adept at man-managing PSG’s squad of superstar players Tuchel also reportedly upset the Qatari-backed club after complaining about an apparent lack of recognition at leading PSG to the Champions League final.

Pochettino was due to meet up with his new platers on Sunday. – AFP

Covid: ‘Too early’ to say if lockdown will end in spring – Boris Johnson