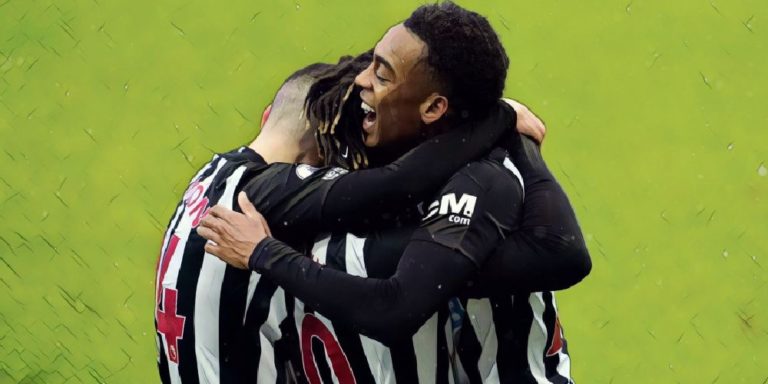 Newcastle United earned themselves what could turn out to be a vital point, coming from behind to earn a grab a late equaliser to draw 2-2 with Tottenham

The Magpies have been wildly underwhelming in recent weeks, but they started by far the brighter side, with Hugo Lloris being forced into a smart double save to twice deny Dwight Gayle from close range after 19 minutes.

While Newcastle looked bright, Spurs looked sloppy at the back, and in the 28th minute, their slopiness contributed to them going behind. Twice in quick succession, they surrendered possession before Sean Longstaff played a perfectly weighted ball across the box to Joelinton who showed excellent composure to calmly stroke home into the bottom corner.

Spurs would respond immediately though, Tanguy Ndombele sliding the ball into Giovani Lo Celso who in turn found Harry Kane in the box. Newcastle appeared to have switched off as they failed to clear their lines, with Kane benefitting from a fortunate deflection before poking home from close range to level the scores within 90 seconds of going behind.

Less than five minutes later Spurs turned it round, this time Ndombele sliding the ball straight into Kane, the England skipper timing his run to perfection, taking a touch before drilling across Dubravka’s goal and into the bottom corner.

Spurs were all over the place at the back at times though, and will have been relieved by the host’s wastefulness in front of goal, Joelinton sending an effort wide at the back post midway through the second half.

Newcastle did show plenty of attacking intent and endeavour throughout the game, and finally got their reward in the 85th minute, Miguel Almiron seeing an effort blocked before on loan Arsenal man Joe Willock smashed home the rebound to earn his side a point.

Speaking after the game, Steve Bruce said obviously pleased to have gotten something out of the game, but was disappointed that one point ultimately wasn’t three.

“We’re pleased but in my opinion it should have been three points,” he told Sky Sports. “I thought we were the better side. It was as good as I’ve seen us play for a long, long time. Just disappointed we haven’t won it. You take a point. I’m really pleased with the performance.

“All this nonsense we get thrown at us. The spirit and the togetherness in the camp is always going to be there. We have to put up with so much nonsense. The response from the players was clear to see. The spirit is never in doubt. The performance is what we’re looking for after such a poor one. To come out and perform against a very good team like Tottenham, I thought the players were excellent.

“That was arguably as good I’ve seen Joelinton play for us. Probably the easiest thing to do is stick it in the net. His touch is immaculate. He plays with great effort and endeavour. But his all round game today was terrific.

The result leaves Newcastle three points ahead of Fulham in the battle to beat the drop, with Bruce’s side next facing trip to face Burnley in the Premier League, and the former defender said he was ‘confident’ his side would ‘be okay’.

“It’s important we stay there [at this performance level]. We put the work in again tomorrow. We have a crucial few weeks. There’s a lot of football to be played but if we stay at that level I’m confident we will be okay.”

See also – Journeymen: The six players to have played for seven or more Premier League clubs

The post Bruce ‘confident’ of survival after spirited Newcastle earn a point against Spurs first appeared on The Football Faithful.