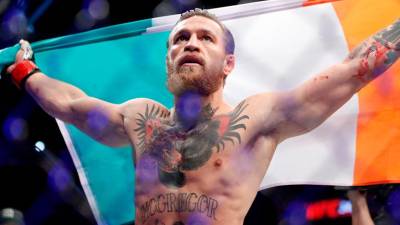 DUBLIN: Former two-weight UFC champion Conor McGregor (pix) is set for a third fight against Dustin Poirier, who became the first man to knock him out in January.

McGregor quickly knocked Poirier out in a featherweight contest in 2014 during his meteoric UFC rise, but the American’s savage leg kicks secured a TKO win over the Irishman when the two met again at lightweight in Abu Dhabi in January.

“The fight is booked! July 10th you’re gonna see what the Mac is about,” McGregor wrote on Twitter on Saturday.

Despite the high profile of the encounter, it will not be for the lightweight title vacancy created by the retirement of Khabib Nurmagomedov, which will be filled when Michael Chandler takes on Charles Oliveira on May 15 in Houston, Texas.

The UFC has not confirmed the event yet, but it will most likely take place in Las Vegas, Nevada as the centre-piece of the promotion’s annual International Fight Week. – Reuters