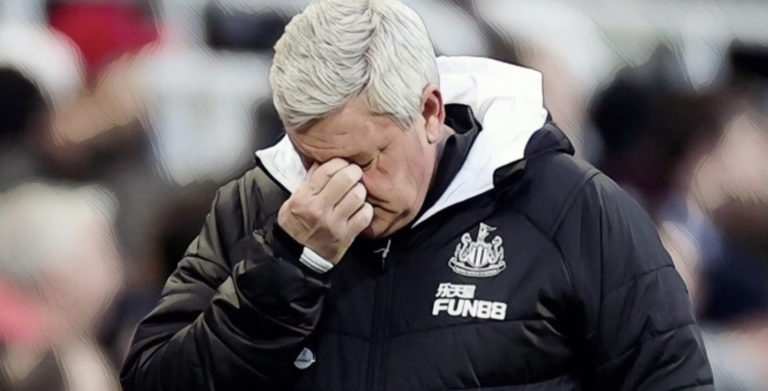 You must forgive Newcastle fans for their rather cynical view of their survival chances. It is true, many of us have become rather apathetic. I admit, I too have succumbed to the numbness, and have wallowed in self-deprecation after every passionless performance. Even in the wake of the Brighton defeat, when Steve Bruce received Mike Ashley’s backing, I didn’t rage. Rather my reaction was just a defeated glance to the heavens, followed by a resigned – ‘of course he did’. Then, suddenly, last night, I just totally lost it.

I thought my outrage was merely a delayed reaction to the retention of Bruce’s services – to a large extent it was. However, it was my emotional attachment to this afternoon’s match against Tottenham that ultimately riled me. This particular fixture at St James’ takes me back to a time when the Toon Army still dared to dream. The recent decision to stick with Bruce may have robbed me of experiencing that sensation again. That’s why I’m furious.

You may recall Newcastle’s 5-1 demolition of Spurs at St James’ in 2016 – if not, just ask the nearest Gooner. This final day clash could have been seen as an end of season dead rubber, but in reality it was a big game for both clubs. Though Rafa Benítez’s side were already relegated, and Spurs had secured Champions League football for the following season, there was still plenty on the line.

For Spurs it represented an opportunity to secure second place and, more importantly, to finish above their North London rivals. For The Magpies, it was a chance to instil a belief that, with Rafa at the helm, they could take that step back, and then take two more forward. What unfolded on that sunny day in May is one of the most sour/sweet moments I’ve experienced as a Toon fan.

GOAL Newcastle 5-1 Spurs (86 mins). The 10 men of Newcastle are rampant! Daryl Janmaat gets in on the act, slotting home to make it FIVE

The pain of being relegated at the expense of Sunderland’s survival aside, that is how you should go down. That is how you apologise to your fans. Newcastle were at it from the get-go that day, swarming all over a disjointed Spurs side. Despite Aleksandar Mitrović’s sending-off, the Toon rallied and went on to score another three goals. What I would give to see a modicum of that desire this afternoon.

My lasting memory of that game came in the aftermath of the opening goal from Gini Wijnaldum. The emotion of the occasion etched on the Dutchman’s face was so cathartic. Our outstanding player that campaign, he did everything in his power to save us and has my undying respect for his professionalism. When he joined Liverpool in the summer he left with my very best wishes.

It sounds bizarre to say it but this result, unlikely as it was, came off the back of a rich vein of form for Newcastle. In the final quarter of the season they drew 2-2 at Anfield, picked up a point at home to Man City and ended the season on a six-game unbeaten run. Indeed, they picked up a total of 12 points from their final 6 fixtures – a tally that would surely save the current side from the drop. This is the main source of my recent frustration. This is the impact a change in manager can have.

Cancels players day off 1 hour after he becomes manager. Benitez is already best manager we have had since sir bobby #NUFC

When Rafa took over from the gormless Steve McLaren in March the club were languishing at second from bottom. The Spaniard took a squad that had lost 8 of their previous 11 fixtures and revitalised them. Benítez ended the season with a record of W3 D4 L3, an acceptable return by any metric. Don’t get me wrong, I’m not suggesting we might have attracted a Benítez this time around, but I’d take just about anything over Bruce’s jaded tactics.

Lol @ Sky Sports pretending that Manquillo and Lewis are midfielders and that we aren’t playing a depressing 5 at the back pic.twitter.com/hTYWU5iLMi

But perhaps my fanciful optimism is misplaced. How could any manager feasibly turn the current crop into a competitive side? The saddest part of it all is that I look back at that relegated squad from 2016 with envy. Papiss Cissé, the late Cheick Tioté, Moussa Sissoko, Wijnaldum, Fabricio Coloccini, Daryl Janmaat, Andros Townsend – I’d take any of these guys in a heartbeat.

Every fibre of my being tells me Newcastle are going down. There is even a self-destructive part of me that wants us to get relegated, in some foolish hope that meaningful change might come as a result. But we’ve been down that road before and it didn’t make a jot of difference.

Like so many Newcastle fans I was rather optimistic about the prospect of a rebuild in the aftermath of the 2016 relegation. We could easily win the Championship with Rafa at the wheel. Then rejoin the Premier League refreshed, with a winning mentality at the club. Oh what a sweet summer child I was.

If I’m being totally honest we’ve been extremely lucky this season and are blessed to have the 28 points we have accumulated so far. I think back to the 1-1 draw at Spurs in September and wonder how on earth we came away with a point – Spurs absolutely hammered us. The London side had 23 shots, hit the post, the crossbar and totally dominated possession. In many ways that match epitomises a season where we have stumbled our way to the majority of our favourable results.

It’s tragic, but, that is one of the shreds of hope remaining – that we could fluke our way through the relegation fight as we have done all season. Of course Fulham’s recent poor form is a minor boost to morale. Their rigid defensive performances have not bore them many points of late. Then there is the recent return to training of key players, including Newcastle’s top-scorer Callum Wilson. He’s essential to the effort.

With so many deep-rooted problems, and the crippling injuries to other players like Miguel Almirón and Allan Saint-Maximin, it has been hard to see a way out. The fixture list isn’t in our favour either. It reads a lot like an obituary. The Magpies face Spurs, West Ham, Liverpool, Arsenal, Leicester and Man City in the run-in, a tougher task than that of their relegation rivals.

They say that optimism is the result of your will, and that pessimism is a product of your intelligence. Though my heart may pray we find a way, in this case, I’m afraid my head knows better.

Nonetheless, I will cheer on the lads this afternoon. They are my cross to bear. I expect I’ll feel that anger brewing again every time I see Bruce on the touchline. Oh what a very different experience today’s match could, nay, should have been.

Read – Why the hapless, hopeless Steve Bruce needs to go before its all too late for Newcastle United

The post Why Newcastle’s campaign will depressingly and predictably end with a whimper first appeared on The Football Faithful.