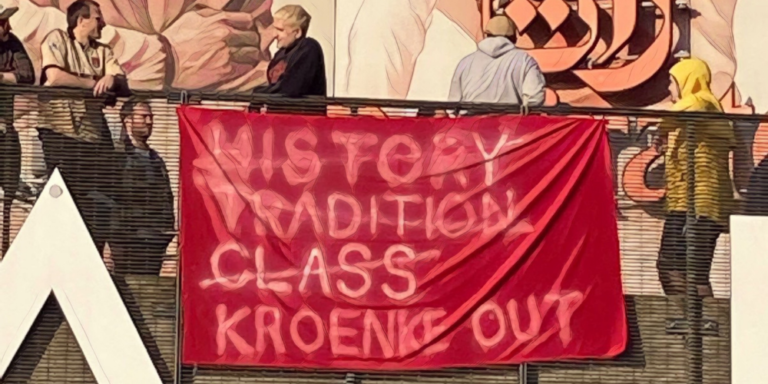 Thierry Henry has opened up on his involvement in a takeover bid of Arsenal with a formal offer expected to be submitted this week.

Henry is one of a number of former players, including Dennis Bergkamp and Patrick Vieira, to have thrown his support behind a takeover bid of the north London side fronted by Swedish billionaire Daniel Ek.

Ek, a co-founder of music streaming service Spotify, has announced his interest in purchasing the club and the Telegraph are reporting a formal offer will be lodged by the end of the week.

Arsenal owner Stan Kroenke has come under increasing pressure to sell his majority stake in the club, with the Gunners’ involvement in the now defunct European Super League proposal having heightened already fractured relations with the fanbase.

Ek’s interest is viewed as a positive potential change at the Emirates with the Swede having discussed his long-term admiration for the club and Henry has revealed the 38-year-old is prepared to take a patient approach to his bid for power.

“He already reached out [to the Kroenkes] and already said himself that he had collected the funds to make sure that he can put in a good bid.

“They now need to listen. A lot of people have been screaming that they want the owner out. We are trying to offer a solution involving the fans and getting the DNA of the club back.

“There needs to be a discussion, but he reached out. I think it is going to be long and not easy – if it does ever happen. One thing that I want to reiterate is that Daniel will not move away, he will be there waiting to see if they want to sell.

“That is going to take a very long time, we know what we want to do, but first and foremost we need to make sure that we can take over, if they are listening.”

Henry has revealed how Ek sought the help of several Arsenal legends to support his takeover bid and has discussed how the group have held talks with the Arsenal Supporters Trust as they seek to reestablish the club’s ‘identity’.

“He approached us, we listened to him,” he added.

“When we knew first and foremost that he wanted to involve the fans, we actually met the Arsenal Supporters Trust and told them what we wanted to do.

“We want to bring them back on board, being part of the meetings, knowing what’s happening because you need to put the DNA back into the club.

“But he wants to reinject the Arsenal DNA, the identity that for me is long gone. You don’t have Arsenal people there among the board that can show the right direction.”

The post Arsenal takeover bid to be formally submitted this week as Henry opens up on his involvement first appeared on The Football Faithful.