Dortmund reiterate their stance that Haaland is not leaving

Dortmund reiterate their stance that Haaland is not leaving 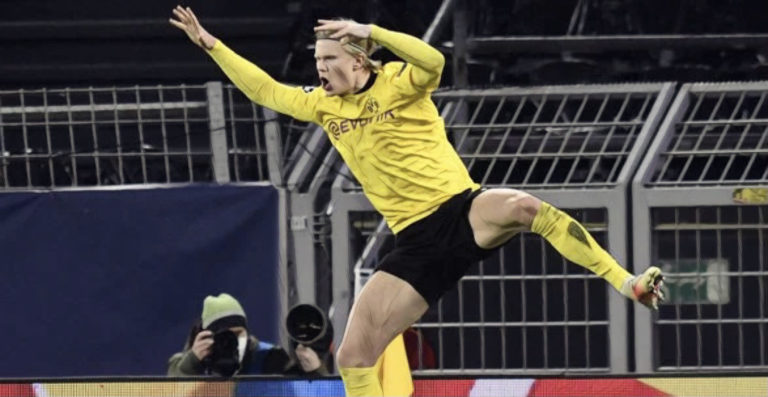 Borussia Dortmund have reiterated their stance that Erling Haaland will not leave the club this summer despite interest from Europe’s elite.

Haaland has emerged as the most in-demand talent in world football following a stunning emergence over the past two seasons, the forward currently courted by several leading sides after scoring 53 goals in just 56 appearances since signing for Dortmund.

The player’s agent, Mino Raiola, is understood to have held talks with both Barcelona and Real Madrid, whilst Haaland has also been linked with the Premier League with Chelsea, Liverpool and both Manchester sides rumoured to be interested.

Speculation had arisen that Dortmund were prepared to sell the 20-year-old this summer, with the Bundesliga side able to demand a greater fee than the €75m release clause figure the club will be obligated to accept in 2022.

However, Dortmund CEO Hans-Joachim Watzke has now ruled out the prospect of Haaland leaving the Westfalenstadion and has reiterated his stance that the Norwegian will be a Dortmund player next season.

Speaking to Sport1, Watzke said: “I’ve known Raiola for a long time and get along well with him. It’s no problem for us.

“Erling Haaland will remain a Borussia Dortmund player next year.”

The post Dortmund reiterate their stance that Haaland is not leaving first appeared on The Football Faithful.