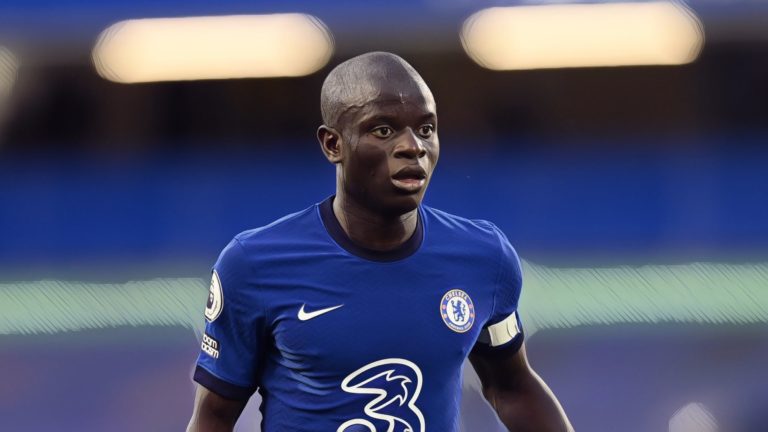 Thomas Tuchel has backed N’Golo Kante to be ‘key’ to Chelsea’s hopes of overcoming Real Madrid in the Champions League semi-finals.

Chelsea host the Spanish champions in the second leg of their last four tie tomorrow evening, the two sides having played out a 1-1 draw in the first meeting.

Christian Pulisic’s away goal has placed Chelsea in a favourable position to reach the final, whilst midfielder Kante was a stand-out figure during the draw in the Spanish capital.

Kante has starred since Tuchel’s arrival as head coach in January and has looked back to his best in recent months, with the Chelsea midfielder seeking to complete his set of illustrious major honours having won the World Cup, Premier League, FA Cup and Europa League in recent years.

Asked if Kante could potentially get even better, Tuchel told his pre-match press conference: “Where to? He is the guy you need to win trophies, that is why we are so, so happy he is here.

“I was dreaming, fighting for this player at any club I have coached. Now he is my player. He is unbelievable. He is key, he will be key tomorrow.

“He is quiet, he likes to have his own quality time. He’s not loud but I see him smile a lot, interact with anybody, but on his own terms.

“I am so happy that players like him exist. He is a pleasure to watch. He has the mentality of a real helper.”

The post Tuchel backs ‘unbelievable’ Kante to be ‘key’ in Chelsea’s Champions League semi-final first appeared on The Football Faithful.