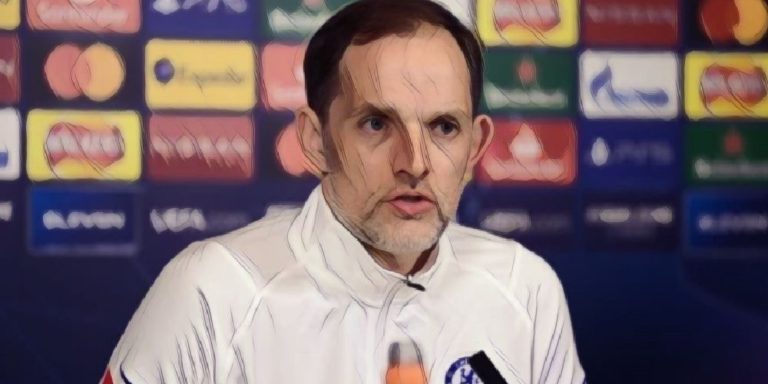 Chelsea host the Spanish champions in the second leg of their last-four meeting on Wednesday night, the tie finely poised following a 1-1 draw last week.

Tuchel’s side impressed during the first encounter and were unfortunate not to return with an advantage, and the German says his side feel renewed belief ahead of the return at Stamford Bridge.

“We feel it, they did it during the first leg,” Tuchel told his pre-match press conference.

”We felt we can be stronger, no we have rested players, three days rest, the challenge is to keep the intensity going through the whole match.

“It is a semi-final, the pressure is on, a knockout game, so to arrive with a level of belief and confidence is necessary, or we will have no chance.”

Real boss Zinedine Zidane sprang a surprise in the first leg by choosing a back three formation, a system designed to counter Chelsea’s own use of three central defenders.

Tuchel admits he is unsure whether the Spaniards will stick with the system or change to a more regularly used 4-3-3 formation following the expected return of Sergio Ramos, insisting his focus is on his own side ahead of a crucial clash.

“Maybe play no striker at all, then Ramos has nothing to fight against.”

Chelsea boss Thomas Tuchel’s reaction to the possibility of Sergio Ramos being fit to play for Real Madrid in the Champions League semi-final second leg pic.twitter.com/zyUqcTENx2

“I am not sure if they will play 5-3-2 again, maybe they will go 4-3-3. From this decision, things change. I believe that it is not about formation, what Real Madrid play, it is about how we play. Are we brave enough? Are we courageous enough?

“The main lesson is that we can trust ourselves and we have the right to be in the semi final. We deserve to be there and perform on this level.”

Tuchel says his side will try to ‘forget’ the first leg result ahead of tomorrow’s meeting, urging his side to deliver as the Blues seek to reach a third Champions League final.

“The challenge is to forget the result. We will clearly prepare the match. I don’t know any other way to prepare for the match, to go out, to be our best. If we are at our best. It is a no-brainer to go for a win. This club is about winning.”

Chelsea will be looking to back up their success in Munich back in 2012 to claim a second European Cup, though the German denied that the Champions League was the club’s ‘holy grail’.

“I never felt like this competition is our holy grail since I arrived but I felt that this club is about winning. It does something to you, you feel it. We are very competitive, very serious about any game, this is what I like.

“I never felt we had a holy grail to reach the final or winning the Champions League is the only target. I have a strong feeling that every win counts, the club demands that we win any game, no matter who is on the other side of the pitch.”

The post Tuchel discusses Real Madrid formation as he demands ‘belief and confidence’ from Chelsea first appeared on The Football Faithful.