The same players usually made the roaster. The team focused on defence, and defence needed the most experienced, most solid players possible. They were boring but effective. That is, up until 2017 when the so-called European Elites failed to qualify for the World Cup in Russia.

THE CHANGE THAT WAS NEEDED

The Italian hierarchy had to think long and hard. They needed a change as quick as possible to avoid another sporting disaster. In the wake of the disaster, they appointed a new manager. Roberto Mancini, the man behind the success of Inter and Man City. Mancini’s first order of business was a fresh squad. He decided it was high time the Azzurri fielded some younger blood. Italy topped Group 1 in League A of the Nations League. Their matches for both the Euro and World Cup qualifying were flawless. Positive signs since the arrival of the new boss. 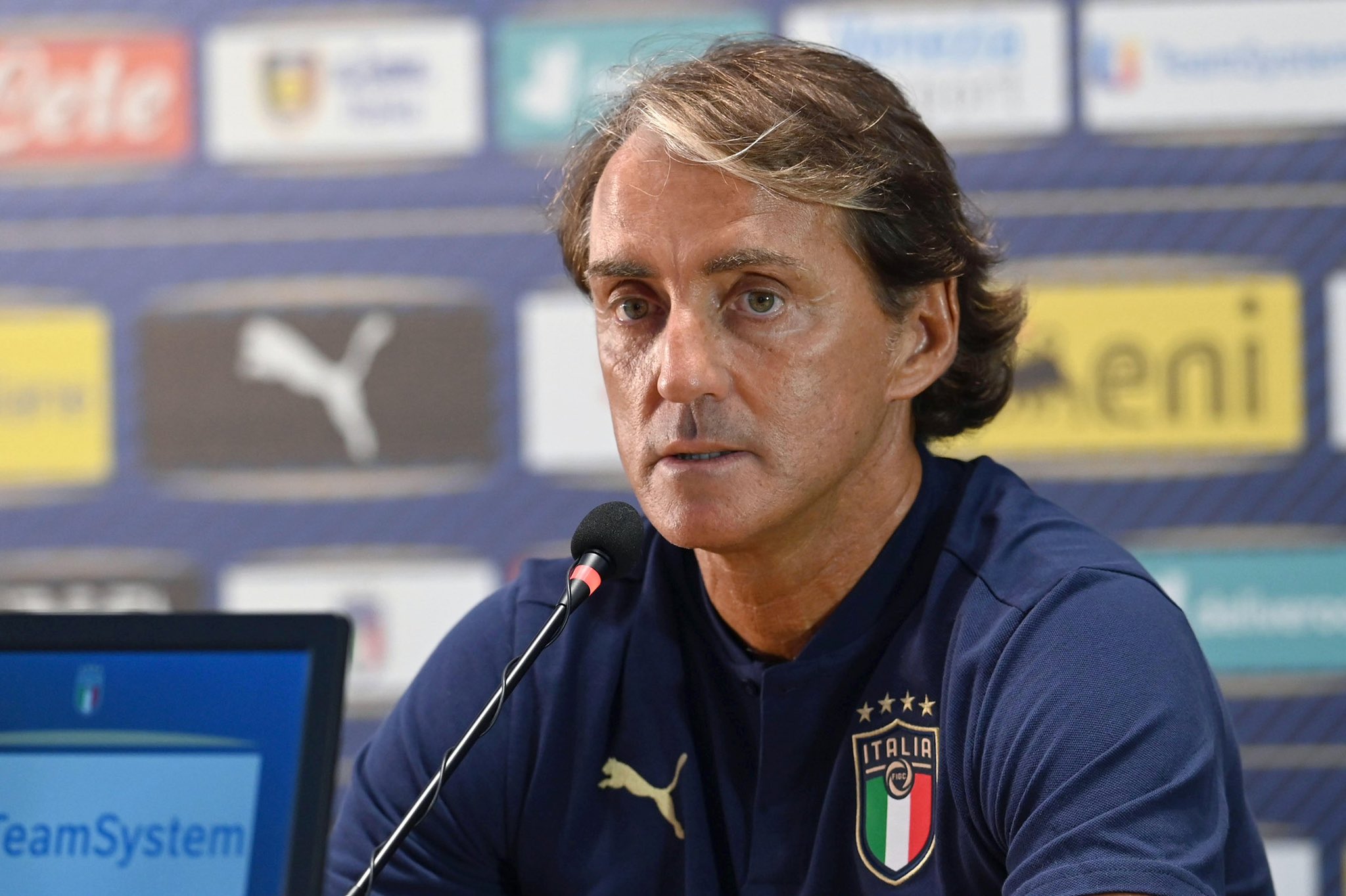 What’s more? In the ten qualifying matches for the Euro’s, Italy scored thirty-seven goals and conceded just four to take all thirty points. Yes, they were pitted in a group with teams that are regarded much weaker than them on paper. But the results speak for themselves. Italy was ruthless. They stomped through with the clear intention of re-establishing themselves at the World Cup. Mancini offered at least thirty players a debut for the national team; unheard of in Italy for a long time.

A STEP IN THE RIGHT DIRECTION

Mancini found the right balance. Fresh talents like Nicolò Barella and Manuel Locatelli were put along with the experience of Leonardo Bonucci, Ciro Immobile, Lorenzo Insigne and Marco Verratti. He was able to instil a new team that had the experience of the old and the potency of a new one. Out of the 28 matches under Mancini’s guidance, Italy has only suffered two losses. Roberto Mancini, at least by stats, is the most successful manager of the national side in 50 years.

His young Italian squad plays in a 4-3-3, but the personnel deployed in the formation is the key factor to the success of the side. Unbeaten in two years, the Azzuri has played with 62 different players. Players once disregarded by previous managers and even by the clubs they play are now an important asset to the national side. Vincenzo Grifo and Federico Bernardeschi are two notable examples of the same.

Italy’s biggest and most notable change would be the man between the sticks. No, not because the new one is outstanding, he is, but more importantly, because his predecessor was one of the best-ever, if not the best. Gianluigi Donnarumma is 22 years old and has taken the seat from a 43-year-old Gianluigi Buffon.

Yes, Buffon did overstay his welcome but he wasn’t necessarily the problem. The team as a whole needed a revamp.
Donnarumma is probably the next Buffon. Considering he is just 22, and the fact that he makes it to the first team in any team he plays, he could turn out to be better than the “Superman”, well maybe not, maybe so?

Nicolo Barella is the next big thing. The young midfielder has cemented his place both in Inter and for Italy. Strong, charismatic, and versatile, Barella has been nothing short of a revolution for both outfits. The true flag-bearer for the new “Young Italians”.

Italy is placed in Group A alongside Switzerland, Turkey and Wales. A fairly easy group for the team in form. However, manager Roberto Mancini dismissed this claim altogether. He emphasised that his team is not favourites in the group even though it may seem so. He claims that the group is “balanced”. A humble opinion from a manager that has not been phased by defeat in over two years.

“All games are to be played. We are not the favourites, as all these teams play good football. The fact we are playing in Rome is a small advantage, but every match will still be difficult.
“Nothing is to be taken for granted. Maybe some of the favourites will go out early, but if you want to go all the way to Wembley, you need to beat everyone in front of you.
“We’re doing well, but there’s a lot more work to do and we need to improve a great deal from here to the Euros. Now I face a big problem whittling down my squad to just 23 players.” – Mancini’s comments on the group stages as per Football Italia.

As of now, although favourites in their group, this young Italian side is still an underdog in the tournament. Roberto Mancini and the Italian football association wouldn’t mind being called so unless they actually end up being the underdogs. The only downside of the team is their wastefulness in front of goal. Especially in games where they bossed every department but failed to manage a goal from open play. Recent fixtures have shown improvement, but if they are competing for the prize, the goals need to come more often than they do now.

Italy in control as Belotti and Berardi net for Azzurri

Will this new, youthful squad lift the Italian spirits or will they crumble under the pressure this summer? They are bound to get out of the Group, but how far will they go. Mancini has shown time and again he is the man for the job, and the Azzurri must trust him once again. For, it will be up to him to take this once defensive sided team to the most iconic trophy in Europe, one they haven’t won since 1968.