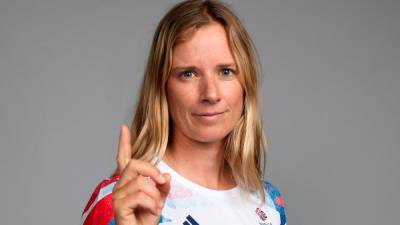 ENOSHIMA: Britain’s Hannah Mills (pix) brought the Tokyo regatta to a glittering finish by winning a second Olympic gold with new partner Eilidh McIntyre to become the most successful female Olympic sailor of all time, despite a recent dip in motivation.

Mills has won two gold medals and one silver over the last three Olympics, and though she faces an uncertain future with the 470 class switching to mixed, she is delighted that she found her fire again.

“I think when you get older, your priorities change a little bit and there’s other things in life beyond just your sport, and that creates its own challenges,” Mills told reporters following the medal ceremony.

“It can sometimes be hard to find the grit and determination that is required to win a gold medal, and that’s been challenging at times. But this last year with COVID, the privilege we felt as athletes to train and carry on almost as normal has spurred us on so much.”

The British pairing kept out of trouble in the medal race to take the gold ahead of Poland’s Agnieszka Skrzypulec and Jolanta Ogar in second and Camille Lecointre and Aloise Retornaz in third, and Mills later revealed how tough the competition had been.

“It’s been one of the hardest weeks of my life. I’m sure for Eilidh as well, just every day, not being able to eat, just nerves building up, the emotion of just we’ve done it,” Mills explained.

McIntyre was equally emotional, referencing her father Mike’s win in the Star class at the 1988 Games.

“To be honest I just couldn’t believe it. I can’t believe that this has happened. I’ve dreamt about it my entire life with my dad, and it’s just such an amazing feeling,” she said.

McIntyre said she will be back for Paris 2024, and though Mills was non-committal about her future, she may yet return.

“The Olympic Games is like nothing else when it comes to bringing out that competitive edge,” she said. – Reuters