Danny Mills believes Liverpool have an ulterior motive behind sanctioning a recent contract extension which points towards yet another sale.

The Reds presided over a somewhat surprising transfer window this summer. Just a single signing was made, that of Ibrahima Konate for £36m. In contrast, six players were sold for fees that generated a combined £42.8m, while Georginio Wijnaldum joined PSG on a free.

The Welshman had no path into the first-team following the return of Liverpool’s corps of centre-halves from injury. Additionally, Konate’s arrival, along with a new long-term contract for Nat Phillips put further obstacles in Williams’ way.

Phillips’ new deal running until 2025 raised eyebrows after being persistently linked with an exit throughout the summer.

Brighton, Burnley, Southampton and Newcastle were all in the frame at varying points. However, Liverpool’s £12m asking price proved too steep for his lengthy list of suitors.

Phillips will now bide his time as fifth-choice centre-half with his chances of regular game-time razor-thin.

But according to pundit Danny Mills, Liverpool had a hidden reason behind extending Phillips’ stay.

Mills believes Liverpool are “protecting their asset” by ensuring they are in a strong bargaining position at the negotiating table. Should future interest in the 24-year-old emerge, Liverpool will be under no pressure to sell on the cheap given the length of his deal.

When asked if that scenario was in Liverpool’s mind when offering Phillips fresh terms, Mills told Football Insider: “It’ll be a bit of that. 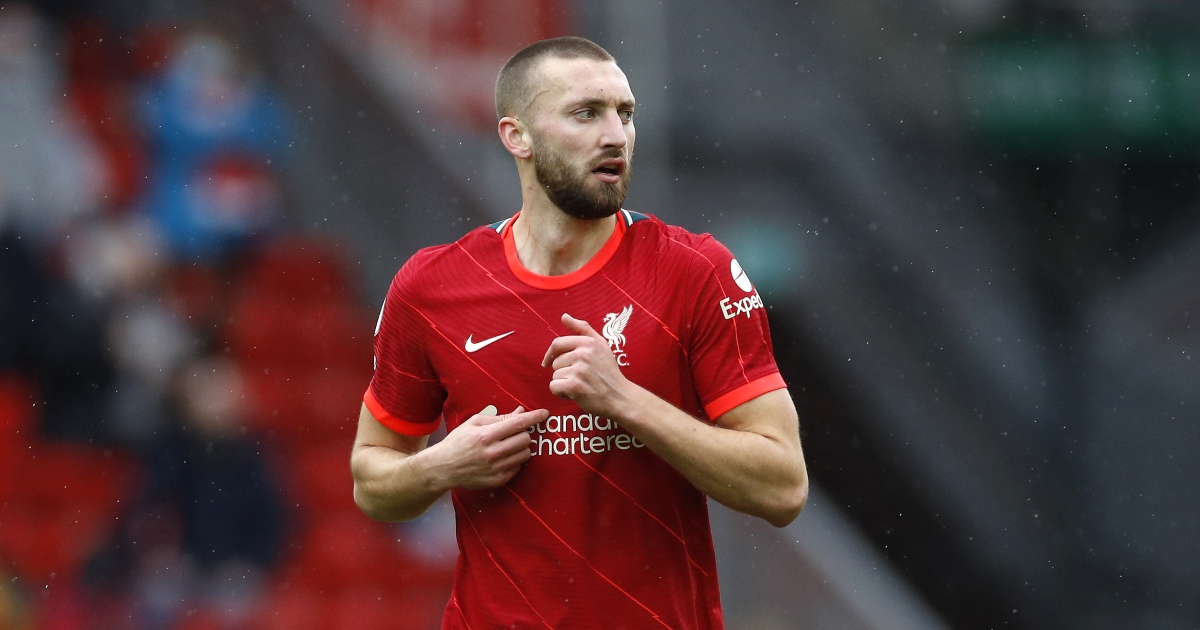 “That’s the way I look at it. They’re protecting their asset, making sure he could be around for some time.

“Could he break in? Yes, is the answer. But they’ll be looking at it and be thinking ‘We’ll protect our asset. Keep him happy, just in case we need him and we’ll go from there’.”

Meanwhile, Liverpool attacker Sheyi Ojo has insisted the time is now to make a genuine impact in first-team football before dropping another exit hint.

Ojo, 24, was recently loaned out for the seventh time when leaving for Millwall on transfer deadline day.

“I’ve played quite a few games already but I think, especially this season, it’s time for me to really kick on now and show what I can really do”, he told Millwall’s official website.

“Step up and be the difference. A lot of players and managers have said that about me in the past and I feel like it’s time to really step into that light. Be the difference and try and help Millwall the best that I can.”

Ojo went on to insist a successful stint at The Den will put him in a “strong position” next season when returning to Liverpool. However, he did hint he fully expects his long-term future will likely be away from Anfield.

“I feel like that would put me in a strong position hopefully for next season, going back to Liverpool, and move on from there,” concluded Ojo.