FootTheBall looks at how the summer transfer window for 2020 can change its course when the deadline day concludes on Monday, October 5. 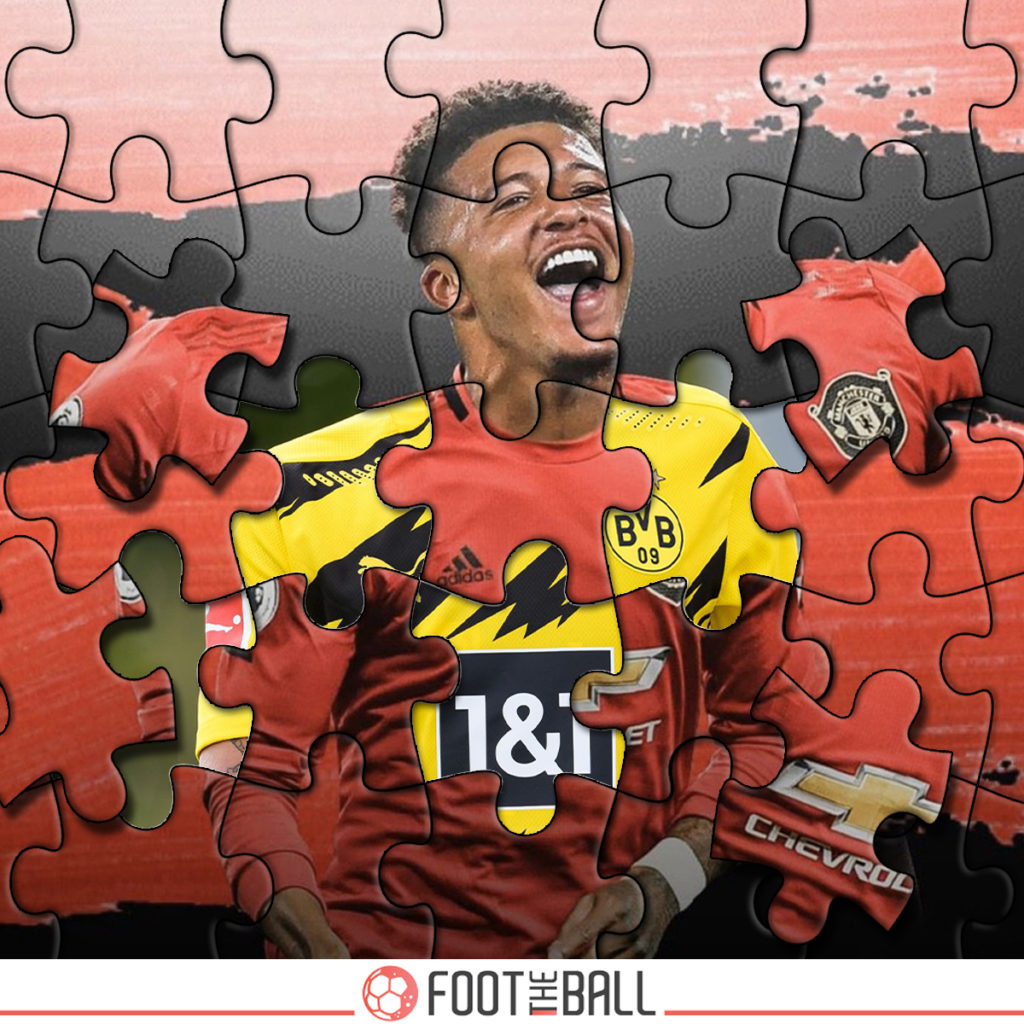 Once a hero at Paris Saint-Germain, Edinson Cavani has been locked in as the prime target to play at the Old Trafford for the 2020/21 season. The 33-year old is a free agent this summer and his scoring feat would only be a boon for the Red Devils. He played 276 games for the Ligue 1 champions and scored 187 goals.

Not bad for a free agent, eh?

The only question everyone has on their lips is – How will Ole Gunnar Solskjaer fit Cavani in his system?

Manchester United have seen recent success in a 4-2-3-1 structure where Anthony Martial leads the attack. The Frenchman definitely won’t be benched for Cavani. With Marcus Rashford and Mason Greenwood providing goals every now and then from the flanks, Solskjaer cannot simply place them on the bench either. 4-3-3 could be a viable solution which would mean fewer minutes for Greenwood if Cavani starts in the centre.

Last details to be sorted about agents fee [huge amount – €10m asked] then the deal will be done.#MUFC see Cavani as “great opportunity”.

This system, nonetheless, can be a perfect fit if Manchester United seals a deal for Jadon Sancho. The Borussia Dortmund winger is a dream signing for the Red Devils and is expected to be the missing piece of Solskjaer’s jigsaw. Despite continued rumours linking Sancho with United, Der BVB seems adamant to keep their prized asset at the Signal Iduna Park.  Dortmund’s sporting director, Michael Zorc has, in his own words, closed the door for any potential bid from Manchester United. (News Source: SkySports)

FootTheBall still believes there is more to come from this story. After all, it is the DEADLINE DAY!

Alex Telles is another one being linked to Manchester United. The Porto full-back will be one of the most sensible transfer should United procure him from FC Porto. Aaron Wan-Bissaka and Luke Shaw are among the elite full-backs in Europe albeit they lack the flair of a modern-day full-back. If not Telles, Ainsley Maitland-Niles has emerged as a backup option for Solskjaer.

Will Arsenal be willing to let their wing-back join a rival? Well, it depends on how the Gunners react on the deadline day.

Arteta wants to throw a Partey this year 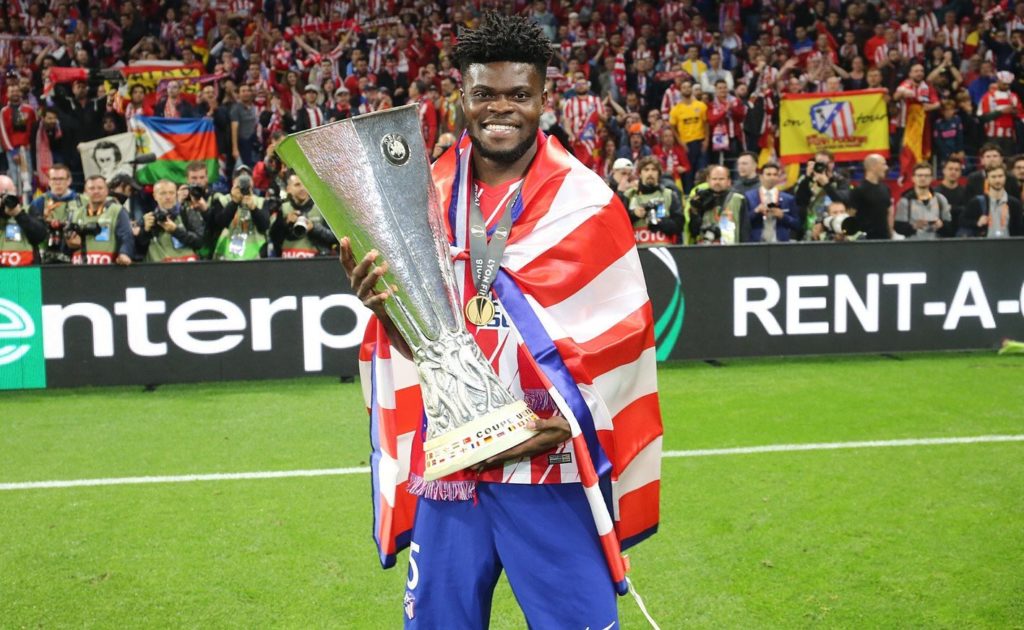 Houssem Aouar could be a Gunner by the close of the 2020 summer transfer window on the 5th of October. The Lyon centre-midfielder is expected to link-up Arsenal’s defense with their attack. The 22-year old is probably being targeted to fill Mesut Ozil’s shoes who is an outcast in Mikel Arteta’s system.

To further solidify his midfield, Arteta has set his sight on Thomas Partey. While Partey has previously been linked with the North Londoners, the deadline day might finally see him sealing his switch to the London Colney. Atletico Madrid’s interest in Lucas Torreira adds fuel to this potential deal. As per Daily Express, Arsenal see Torreira as the prime add-on to secure Partey’s signature although Atletico wants the interested party to trigger his £46m release clause.

Should a deal for Partey not materialize, the Gunners have added Jorginho in their checklist. They would want the Italian midfielder to join Willian in Arteta’s revolution.

Since Arsenal are aiming to claw their way back in the top four, Tottenham Hotspur’s desperation is bubbling as the clock ticks by for the deadline day.

Mourinho in the hunt for a defender 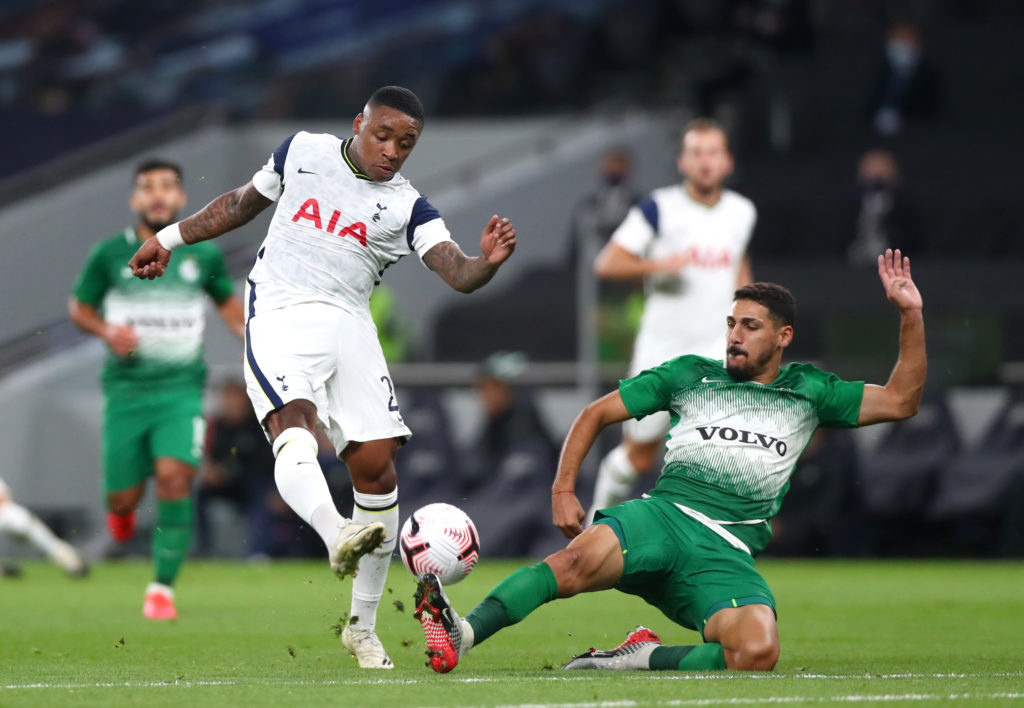 No, we are not talking about Gareth Bale and Sergio Reguilon.

Tottenham announced the signing of Carlos Vinicius on Saturday (October 3). The Primeira Liga’s joint-top scorer has joined on loan from SL Benfica. As much as it is good news for the Spurs fans, it will reduce the burden from Harry Kane’s shoulder to score the goals.

The Tottenham faithful are expecting Levy to splash more cash on the final day of the 2020 summer transfer window. Milan Skriniar is being touted as an ideal replacement for Jan Vertonghen. Inter Milan’s asking price, however, is a stumbling block. As per football.london, the Serie A side want £45million for the 25-year-old Slovakian, but Spurs want a deal closer to £32million with add-ons for the defender, who is very keen on the move.

Moreover, Jose Mourinho also remains interested in Chelsea’s Antonio Rudiger. The German centre-back does not seem to be a part of Frank Lampard’s plan this season which could see Chelsea cashing in on the 27-year old.

Will Hudson-Odoi Flick it?

The 2020 UEFA Champions League winners are once again back in the hunt for Chelsea’s Callum-Hudson-Odoi. Although the English winger signed a new long-term deal with Chelsea last year, he might not get the desired minutes on the pitch. Frank Lampard will likely deploy Kai Havertz, Christian Pulisic, and Hakim Ziyech as the attacking triumvirate behind Timo Werner, once he has a fully fit squad at his disposal. That is a reality check for Hudson-Odoi who is bound to warm the bench for the majority of the time. Moving away from Stamford Bridge will be a prudent decision.

BREAKING: Chelsea have rejected a loan offer with a £70m option to buy from Bayern Munich for winger Callum Hudson-Odoi.

Bayern Munich are leading the race for his signature as Hansi Flick wants to bolster his attack. Even though Bayern Munich have Leroy Sane and Serge Gnabry as the frontrunners for playing on the flanks, Bayern’s wafer-thin squad would see Hudson-Odoi getting more minutes through rotation as opposed to being a mere substitute.

Apart from Hudson-Odoi, Andrej Kramaric was also linked with the Bundesliga champions. The rumour caught fire when the Croatian helped TSG Hoffenheim beat Bayern by four-two in matchday two of the Bundesliga 2020/21.

True: @FCBayern asked for Andrej Kramaric (29) at his management @BILD_Sport 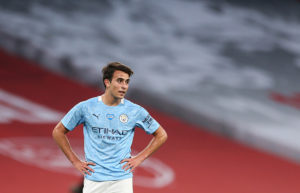 After an exodus at the Camp Nou, Ronald Koeman wants to create a “new” Barcelona. Following the announcement of Sergio Dest’s signature from Ajax, the Blaugrana are reportedly in talks with Manchester City’s Eric Garcia. The defender has refused to extend his contract with the Cityzens which leaves Barcelona with a day’s time to negotiate the price with his current employer.

What is up with the rest of Europe?

Davy Klaassen: “Ajax is my club. I am sorry (to Werder Bremen fans), but I just want to return to my club.”

Well that’s one way to force a move! pic.twitter.com/in1BWzmHCX

Tottenham have rejected a second loan bid from PSG for midfielder Dele Alli.

PSG have reached an agreement to sign Moise Kean on loan from Everton! The Italian striker has already accepted to join PSG.

Choupo-Moting has been offered to Bayern Munich as a free agent, as per @telefoot_chaine. Talks on after Kramaric deal collapsed.