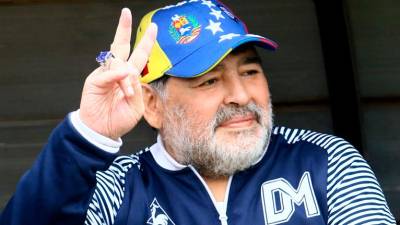 BUENOS AIRES: Argentine football great Diego Maradona was anemic and dehydrated but is recovering well in hospital, his personal physician said on Tuesday.

Maradona, 60, is still undergoing tests after he was admitted to the Ipensa clinic in La Plata, Argentina on Monday, according to his doctor Leopoldo Luque, who said his condition is not related to COVID-19.

“He is evolving as we wanted. I hope he will want to stay until tomorrow,” Luque told reporters. “He will have to do long-term treatment.”

Luque said on Monday that Maradona was “not well psychologically” and it had impacted his physical health. He is expected to be under observation for at least three days.

Maradona, who won the World Cup with Argentina in 1986 and is widely considered to be one of the greatest players of all time, coaches local club Gimnasia y Esgrima.

He last appeared in public on his 60th birthday last Friday before his side’s league match against Patronato. – Reuters