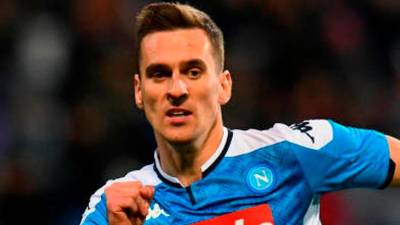 MARSEILLE: Marseille coach Andre Villas-Boas confirmed on Monday that he would like to sign Napoli’s Poland striker Arkadiusz Milik (pix) during the January transfer window.

Milik, 26, is yet to feature for the Serie A side this term and his contract with the club finishes at the end of the season.

“We are interested but there haven’t been any advanced talks with the club or the player. It’s not as advanced as that, it’s not for the coming days. It’s an interest, that unfortunately came out in the Italian press,” Villas-Boas said at a press conference.

“Milik is not the only option. It’s the hardest, maybe, because he’s a significant players. It’s not easy.”

Ex-Chelsea and Tottenham manager Villas-Boas said he will discuss with majority shareholder Frank McCourt about the money available over the next four weeks.

“We will talk again with the owner to see where we can go. We know our limits. We can’t spend too much,” he said.

“I’m not going to put that type of pressure on the board.”

Villas-Boas’s side, who sit in fifth place and eight points behind leaders Lyon, return to Ligue 1 action on Wednesday by hosting Montpellier after the two-week winter break. – AFP