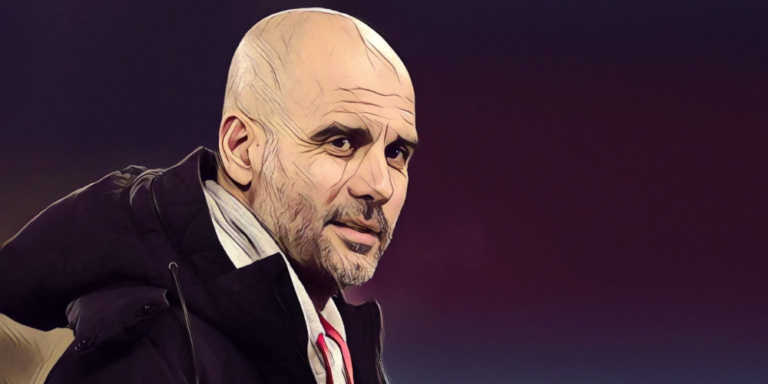 Pep Guardiola has discussed Borussia Dortmund’s wealth of young talent and says the club ‘spend a lot of money on agents’ to attract promising players.

Dortmund have acquired some of football’s most talented prospects in recent seasons with the Bundesliga side a hot-bed for emerging talent, the likes of Erling Haaland, Jadon Sancho, Jude Bellingham and Giovanni Reyna amongst the most highly-rated young footballers in Europe.

Manchester City will face the Bundesliga side in the quarter-finals of the Champions League this week and Guardiola has opened up on the club’s last eight opponents, suggesting Dortmund are no strangers to paying high agent fees in a bid to attract players to the Westfalenstadion.

“I will not find one single player from Borussia Dortmund without quality,” Guardiola told the media follwowing City’s 2-0 win at Leicester.

Guardiola’s comments will raise eyebrows after City were shown to have spent the second highest payments to agents among Premier League clubs over the last year, with only Chelsea having spent more than the club’s £30.2m to representatives.

His take on Dortmund’s recruitment also comes amid reported demands of a €40m agent fee for any side interested in signing Erling Haaland from the German side, a figure that would reportedly be split between agent Mino Raiola and the player’s father, Alfe-Inge.

City are amongst the club’s rumoured to be interested in signing the Norway international this summer, though Raiola has since moved to deny the claims via his social media.

Guardiola did, however, reveal his admiration for Dortmund and suggested he is anticipating a difficult task ahead of tomorrow’s first leg meeting, insisting his side will be ‘try to be aggressive’ against a side full of intensity.

“I have incredible respect for what Dortmund has done,” he added.

“I was in Germany three years and always they were a big opponent. I know the quality – not just Haaland but Sancho and Marco Reus and (Mahmoud) Dahoud and (Mats) Hummels.

“I saw their game the morning before our game and I was really impressed with the quality. When they can run, they kill you. We will try to be aggressive.”

The post Guardiola says Dortmund ‘spend a lot of money on agents’ ahead of CL tie amid Haaland reports first appeared on The Football Faithful.