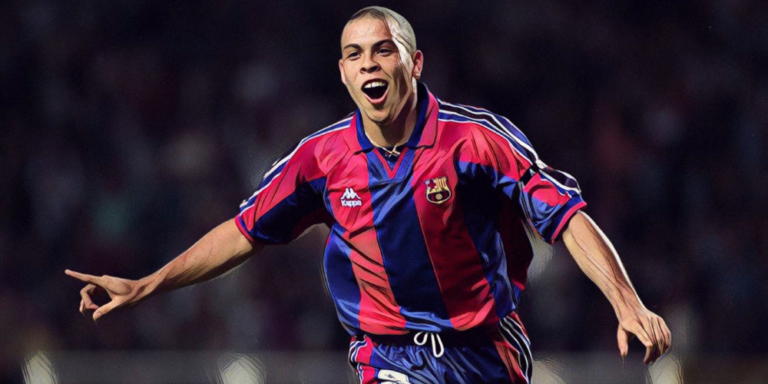 For some, Ronaldo Nazario remains the greatest number nine world football has ever seen.

Ronaldo burst onto the scene as a teenager and made a spectacular impact upon his arrival into European football, signing for PSV Eindhoven and scoring 54 goals across just 57 appearances for the Dutch side before Europe’s elite came calling.

He moved to Barcelona for a world-record transfer fee whilst still a teenager, spending just one single season with the Catalans before becoming the most expensive player of all time once again when moving to Inter Milan.

That 1996/97 season with Barcelona is etched into the minds of all football fans who witnessed Ronaldo’s incredible campaign, one of the great individual seasons as O Fenômeno scored 47 goals in all competitions to win the Copa del Rey, UEFA Cup Winners’ Cup and Spanish Super Cup.

Ronaldo at his unadulterated best was a freakish combination of speed, strength and skill, a player who became the prototype for the modern forward, mixing the dribbling skills of an elite winger with the finishing ability of the game’s best strikers.

Many have attempted to imitate Ronaldo in the decades since his arrival onto the global stage, but no one has replicated the same exhilarating style that was perhaps most on show during that glorious season in Barcelona colours.