Remembering all of Liverpool’s previous meetings with Real Madrid

Remembering all of Liverpool’s previous meetings with Real Madrid 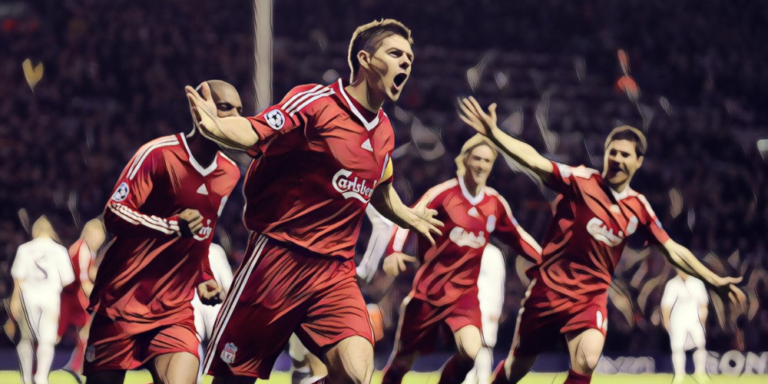 Liverpool meet Real Madrid this week in a huge Champions League quarter-final clash, the draw for the last eight having drawn together two of Europe’s most successful clubs.

The two sides have been crowned as champions of Europe on 19 occasions between them, with the Spanish side the record winners of the competition and Liverpool trailing only this weeks opponents and AC Milan for Champions League titles.

Despite each side’s storied success in continental competition, there have been just six previous meetings between the two teams.

Ahead of this week’s clash, we look back at every meeting between Liverpool and Real Madrid.

The first ever meeting between the two clubs came in the biggest fixture in club football, with Liverpool facing the Spanish giants in the 1981 European Cup final.

Liverpool were appearing in their third final after back-to-back triumphs in 1977 and 1978, whilst Los Blancos were into a ninth final and looking for a record-extending seventh European crown.

It was the Reds who edged a tight final encounter as Alan Kennedy scored the game’s only goal, firing in at the near post following an enterprising run forward to spark wild celebrations at the Parc des Princes in Paris.

Liverpool’s victory continued English football’s dominance on the European stage, Bob Paisley’s side winning the fifth of six consecutive triumphs for English sides, as the Reds’ boss became the first manager to win the competition three times – a feat since matched by only Carlo Ancelotti and Zinedine Zidane.

Real Madrid and Liverpool would not meet again for almost three decades, the two teams drawn together in the last 16 of the Champions League during the 2008/09 season.

Rafael Benitez’s side headed into the clash with an impressive recent record in the competition, reaching at least the semi-finals in three of the previous four campaigns and lifting the trophy in stunning style in 2005.

Real had largely struggled to make an impact since winning their ninth crown in 2001/02 and gave themselves a mountain to climb after losing the home leg, Yossi Benayoun’s header seeing Liverpool become just the second English side to win at the Bernabeu.

Benitez’s side had become famed for their defensive durability and this clash proved no different, frustrating the hosts to keep a clean sheet and return to Merseyside with a 1-0 advantage.

After edging a tight first leg in the Spanish capital, Liverpool produced one of their most memorable Champions League performances to thrash Real Madrid in the return and advance to the last eight.

Fernando Torres and Steven Gerrard starred in irresistible tandem at Anfield, the former – once the symbolic hope of rivals Atletico Madrid – opening the scoring with a close-range finish.

Gerrard doubled the advantage before half-time from the penalty spot, before turning home Ryan Babel’s cross in emphatic fashion to send the home crowd into raptures two minutes after the interval.

Andreas Dossena put the gloss on a resounding victory for Rafael Benitez’s side, with Real returning home following a humbling evening that could – and perhaps should – have been worse.

Five years after their haunting Anfield experience, Real Madrid returned to Merseyside as a different proposition and made light work of Brendan Rodgers’ side.

Liverpool were returning to the Champions League stage for the first time in five seasons and were handed a difficult lesson by the holders, who raced into a three-goal lead before half-time courtesy of Cristiano Ronaldo’s opener and a brace from Karim Benzema.

Mario Balotelli was subbed off at half-time following an ineffective display and the summer signing was criticised for swapping shirts at the break, a chastening night for the Reds with the gulf in class between them and Europe’s elite visibly apparent.

Brendan Rodgers has evolved into a fine manager in recent years, though this was a night in which the former Liverpool boss was handed a huge lesson after irking an entire fanbase.

Rodgers chose to make seven changes to his side for the trip to the Bernabeu, leaving out the likes of Steven Gerrard, Raheem Sterling and Jordan Henderson in a line-up that suggested damage limitation rather than any form of ambition to secure three points.

Karim Benzema scored the only goal of the game in a respectable performance from the rotated Reds, but the lack of intent behind Rodgers’ selection only increased the unrest around the Liverpool support following a disappointing start to the season.

Rodgers’ resting of his key names was designed in preparation for a Premier League clash with Chelsea, a fixture the club subsequently lost before crashing out of the Champions League at the group stage.

This week’s Champions League quarter-final clash will be a rematch of the 2018 final, a fixture which saw Gareth Bale sparkle and Loris Karius write his name into the competition’s history for all the wrong reasons.

Jurgen Klopp’s side had enjoyed a spectacular run to the showpiece in Ukraine, dismantling Porto, Manchester City and Roma in the knockout stages to set up a showdown with the reigning holders.

Real Madrid were seeking a third consecutive crown after becoming the first team to defend the trophy in the Champions League era the previous season, and the Spanish giants made further history thanks to Bale’s brilliance and more than a helping hand from Karius.

Bale was introduced as a substitute at 1-1 and broke the deadlock with a magnificent overhead kick, scoring one of the great final goals with an audacious effort which flew into the top corner.

The Welsh international struck a second to ensure Real’s name was etched onto the trophy once more, a swerving effort from distance that was fumbled into the goal by the hapless Karius.

The post Remembering all of Liverpool’s previous meetings with Real Madrid first appeared on The Football Faithful.