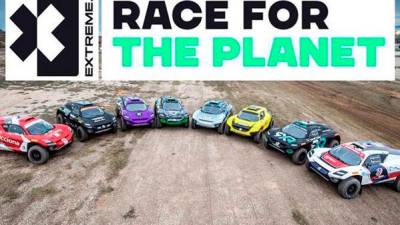 In second came the American Andretti team with Catie Munnings and Timmy Hansen behind the wheel, with the team created by seven-time F1 champion Lewis Hamilton, Rosberg’s former Mercedes teammate, in third.

They had set the fastest time in qualifying on Saturday.

Extreme E is seeking to highlight the environmental dangers posed to some of the world’s most remote regions.

After this weekend’s Al-Ula round, the competition will switch to Senegal’s Lac Rose, Greenland, the Amazon in Brazil and the glaciers of Tierra del Fuego in Argentina.

As well as setting up environmental legacy projects in the five areas, the series also insists it is promoting gender equality with each team dividing up duties behind the wheel between male and female drivers. – AFP