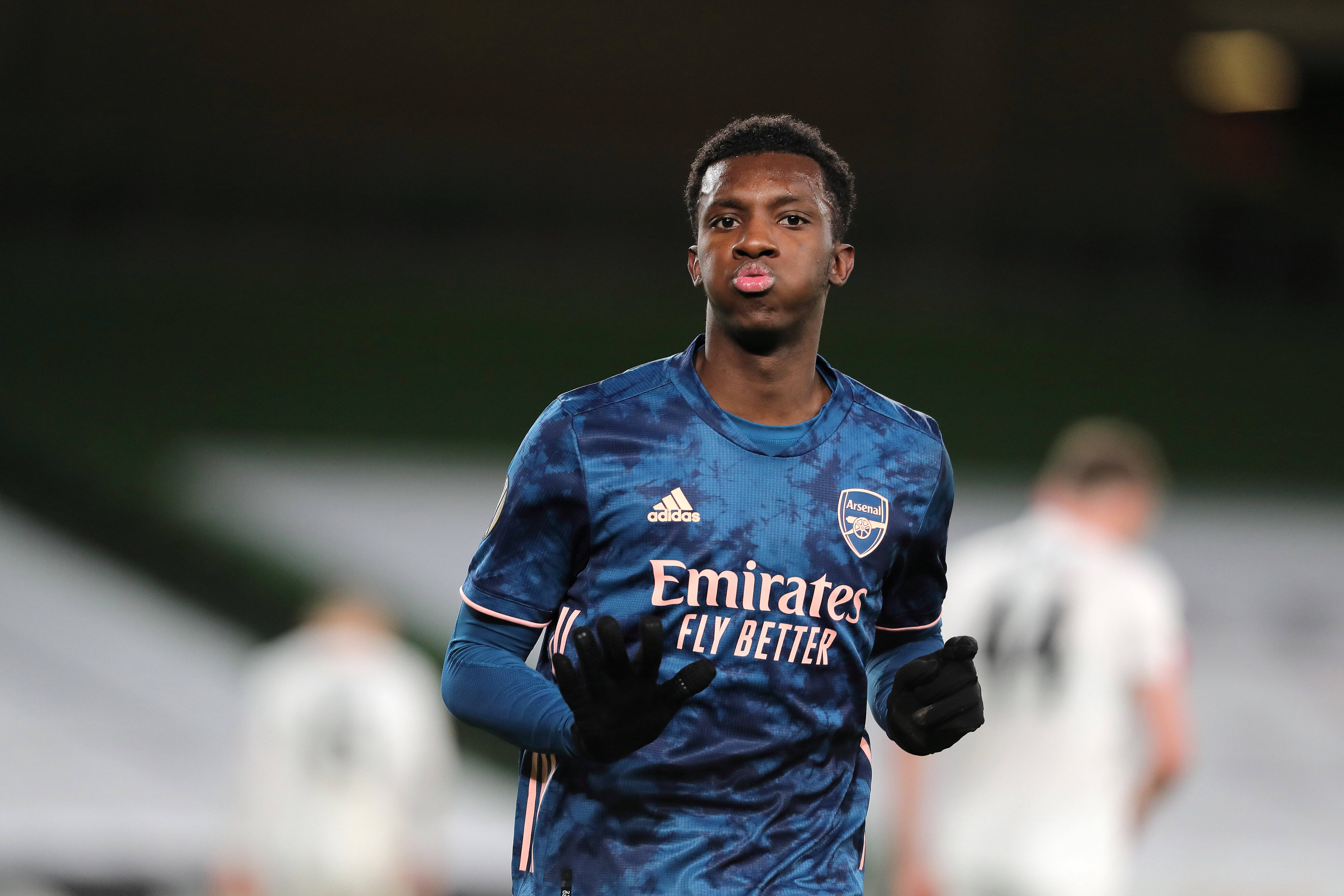 Nketiah made 30 appearances for the Gunners last term, but most of his playing time came in the Cup competitions. He managed only 413 league minutes.

With just a year left on his contract, the club are prepared to listen to offers of £20 million, and the Whites have been offered the chance to recruit him.

Nketiah had a positive loan stint with Leeds during the first half of the 2019/2020 season, bagging five goals and one assist from 20 appearances.

The 22-year-old was largely used off the bench with just 663 minutes but played his part in the club’s promotion with some vital late goals.

He scored three times in the Championship, but those strikes contributed to the Whites picking up an additional seven points.

He became an instant favourite among the fans, and some were disappointed when his loan contract was cut short in January 2020.

Nketiah now finds himself out-of-favour with the Gunners, and he may be eyeing a move to a club where he can cement a starting spot.

It is uncertain whether Leeds can offer him that, with Patrick Bamford continuing to remain an undisputed choice to lead the line for Marcelo Bielsa.

Brighton & Hove Albion have also been linked with the Gunners graduate, and they could be an ideal destination for him this summer.

Nketiah bagged six goals for the Gunners last term. He averaged a goal every 218 minutes and could easily hit 15 goals per season with regular starts.