England manager Gareth Southgate has heaped praise on winger Bukayo Saka following his goal in the win over Andorra.

The Arsenal man, who turned 20 on Sunday, scored in the 85th minute to round off a successful day at Wembley which ended 4-0. Jesse Lingard found the net in the 18th minute with a left-footed effort into the bottom corner. Andorra managed to keep it 1-0 going into half-time, but they tired in the second half and more goals arrived.

Substitute Mason Mount won a penalty which was smashed home by Tottenham striker Harry Kane. Lingard secured his brace six minutes later, by cutting inside and firing a low drive past the keeper.

Saka, who was cheered on by England fans after a tough summer, got his second international goal late on. A short corner found Lingard, who turned provider to find Saka in the box. The starlet rose above his marker and headed into the net from close range.

The Three Lions have now picked up victories in all five of their World Cup qualifiers so far. However, a stern test against Poland is looming on Wednesday.

In a post-match interview with ITV, Southgate said of Saka: “He got a fabulous reception, before and during the game.

“You can see how popular he is with the rest of the team as well.

“I hope it provided closure if it was needed, but I don’t think there’s a player in that dressing room that thinks anything other than positively about what he did all summer.” 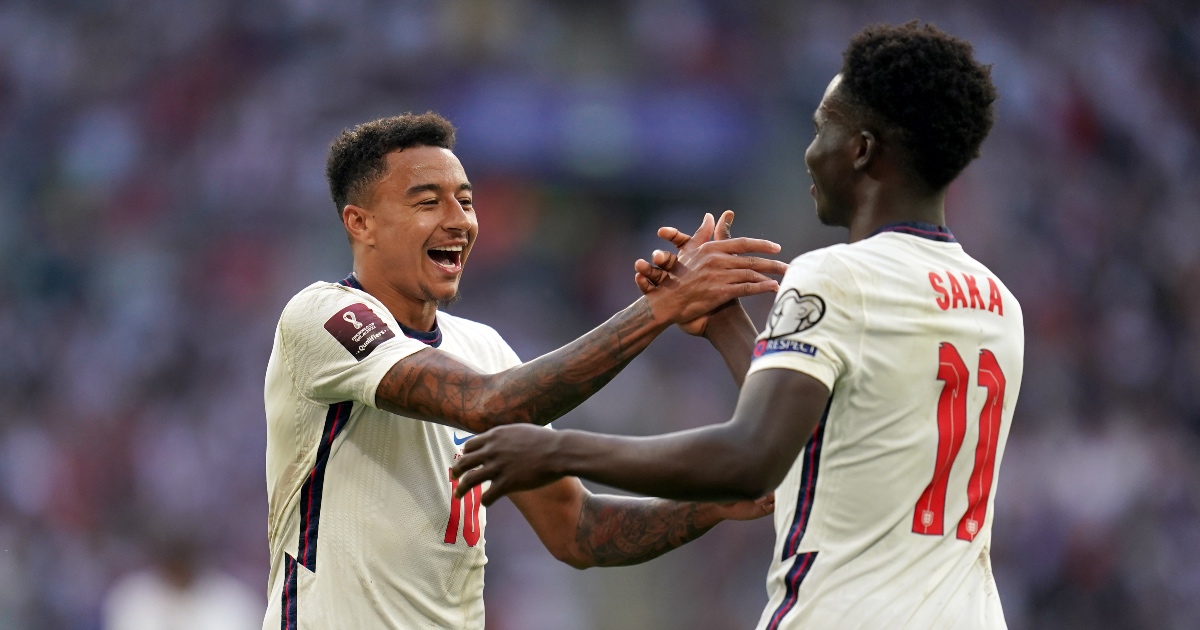 On the overall performance, he added: “It’s difficult for the team we picked, they hadn’t had many matches together as a group.

“You’re playing against a team that really know how to frustrate. So you have to keep moving the ball, keep being patient and it wasn’t necessarily such an easy task, especially for some of the younger players.”

“It’s the perfect birthday present for me, I’m really happy we got the win and I could celebrate my birthday like this,” Saka told ITV after the match.

“I’m really happy with the reception everyone gave me, that meant a lot for me and made me want to give my all.

“I think it means a lot, it really made a difference for me, even just now I can hear fans cheering my name.

“It makes me believe everyone supports me through thick and thin and it’s nice.”